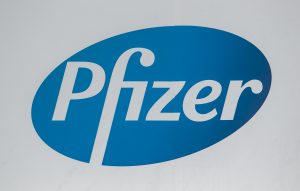 U.S. drugmaker Pfizer has denied allegations it over-charged for cancer medicines in South Africa following an investigation launched on Tuesday into three drug companies by the country’s competition watchdog.

The Competition Commission said it would investigate Aspen Pharmacare, Africa’s biggest generic drugmaker, Pfizer and Swiss-based Roche Holding on suspicion of charging too much for cancer medicines.

Pfizer denied it supplied its lung cancer product at the alleged price of 152,000 rand ($12,046) and said it would cooperate fully with the investigation.

“We await the opportunity to be contacted by the Commission to clarify the pricing for this product,” it said in a statement.

The Commission said it had information that suggested Pfizer’s lung cancer treatment cost approximately 152,000 rand for 250 mg when bought through an agent.

Aspen, a local company based in Durban, has also denied any wrongdoing, saying it had not increased its prices for medicines used to treat leukemia beyond the margin approved by the South African health department.

Roche said in an email it had not been formally notified by the Commission but would cooperate fully with the authorities.