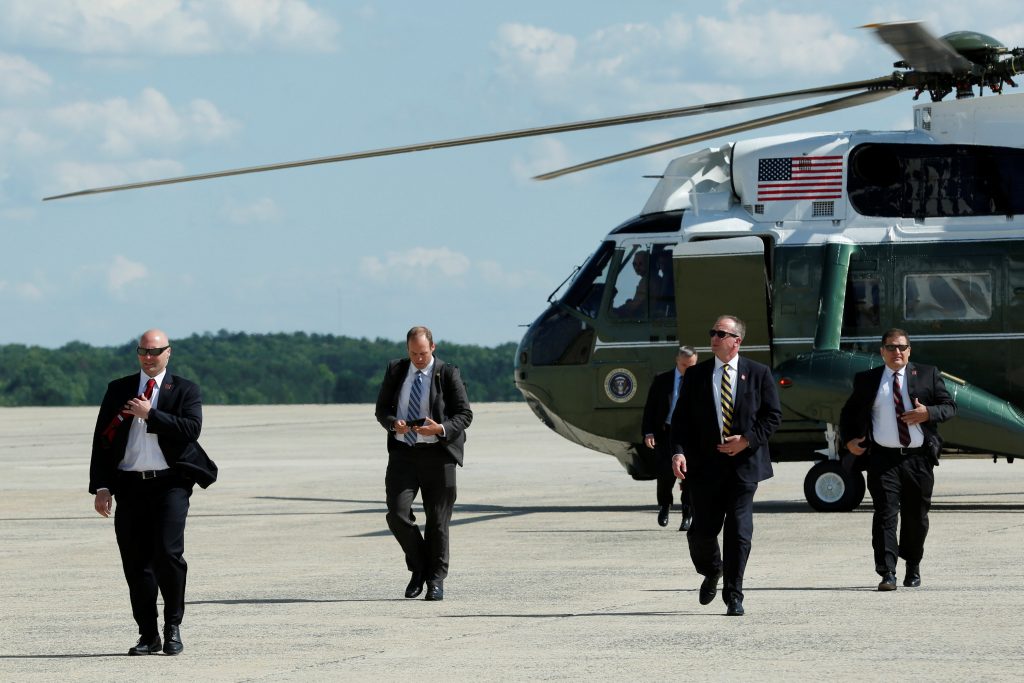 The U.S. Secret Service said Monday it doesn’t have any recordings or transcripts of any tapes recorded within President Donald Trump’s White House, a disclosure that failed to rule out whether any tapes exist of Trump’s conversations with ousted FBI Director James Comey.

The agency made the disclosure in response to a freedom of information request by The Wall Street Journal. The newspaper noted that it doesn’t exclude the possibility of recordings created by another entity.

Trump has been coy about whether any recordings exist of his private conversations with Comey, who was fired by the president in May. Trump raised the possibility of tapes last month and told reporters last week that he would discuss their potential existence “in the very near future.”

White House press secretary Sean Spicer said Monday an announcement would come “when the president is ready to make it.”

Comey suggested in his high-profile Senate testimony last week that any recordings would back up his account over the president’s, adding, “Lordy, I hope there are tapes.”

The Secret Service has handled recording systems within the White House for previous presidents. The request from the Journal sought recordings or transcripts of any recordings made after Jan. 20 at the White House. The agency said a review of its main indices found no records related to the request.

White House spokeswoman Sarah Huckabee Sanders said last week she wasn’t aware of whether the White House had any kind of taping system and suggested reporters check with the Secret Service on any security-related questions.

Asked whether she would find out, Sanders joked that she would “look under the couches.”