Regional For Commuters to NYC, Ferries Could Be Next Wave
Regional 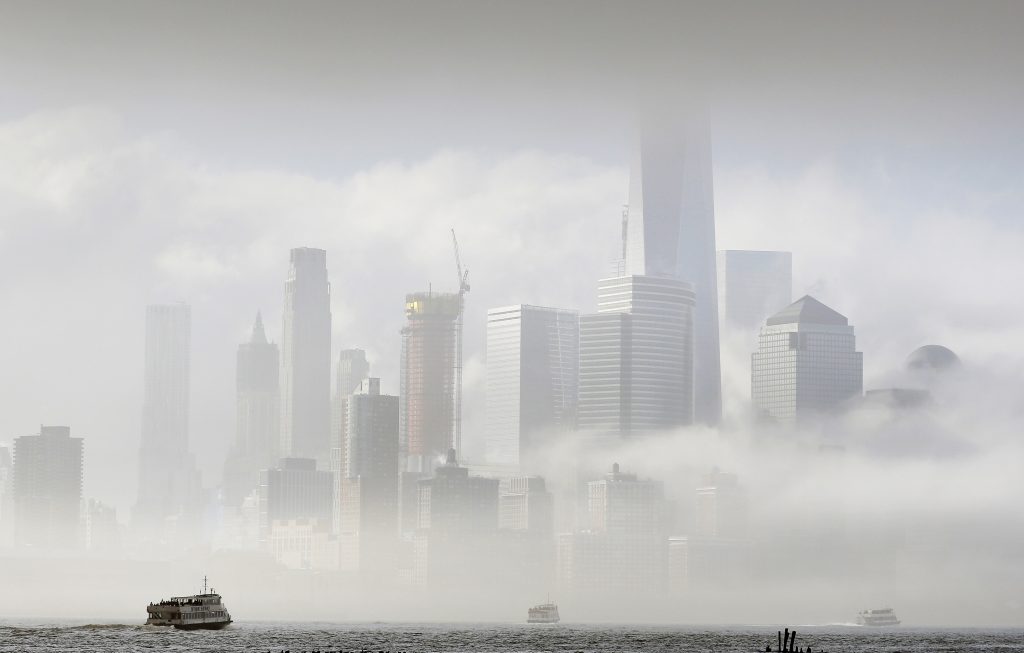 The easiest way to commute into New York City exchanges asphalt and steel rails for a whiff of salt water and a soaring view of the Manhattan skyline, all in less time than it takes to finish a cup of joe.

It’s also the most underused, primarily due to logistics and cost. That could change, though, beginning this summer, when ferries will act as a safety valve for New Jersey rail commuters because of disruptions caused by major repair work at New York’s Penn Station.

In the long term, while the New York region’s tunnels, bridges and railways burst at the seams with no relief in sight for a decade at best, ferries may be the final frontier for commuters sick of clogged roads and a notoriously unreliable and aging rail system.

On the New Jersey side, where a new governor will succeed outgoing Republican Chris Christie in January, change may be in the winds.

“Should the state, particularly a new administration, take a fresh look at how we deal with expanding demand to get across [the] Hudson?” said state Sen. Robert Gordon, vice-chair of a state transportation committee. “Maybe this is the time to think about a whole new approach to ferries.”

Ferry service — historically the main mode of transportation for commuters to Manhattan Island, now connected to other boroughs and suburbs by bridges and tunnels — has already been expanded for commuters inside New York City. Last month, Mayor Bill de Blasio launched service that will eventually offer six routes between Manhattan and the other boroughs.

City transportation officials say the new ferry fleet will speed up travel time by as much as two-thirds, although plans to spend $180 million over six years subsidizing fares to keep them the same as a subway ride could be difficult to sustain.

This spring, two derailments at Penn Station, both at very low speed and neither involving serious injuries, sent delays rippling up and down the corridor between Boston and Washington. The second forced local rail lines to drastically cut back service, leaving angry commuters accustomed to regular 15- to 30-minute delays facing double or triple that.

Meanwhile, not far from where thousands of cars jockey to fit into three lanes of the Lincoln Tunnel each morning, ferries crisscross the Hudson with dozens of empty seats.

Only about 2 percent of the more than 1.4 million people who commute into Manhattan on weekdays take ferries, according to a 2015 study by the New York Metropolitan Transportation Council that was funded by the U.S. Department of Transportation.

New York Waterway can carry about 9,000 more people on its lines from Hoboken to lower Manhattan during the summer’s rail disruption, company Chairman Armand Pohan told lawmakers last month. Tens of thousands more could be accommodated in the future if the company adds boats and builds another terminal, company founder Arthur Imperatore said.

For some, the reliability is worth the extra cost.

“This is more predictable; it’s every 15 minutes, and you don’t have service disruptions like PATH has,” said Joe Raconiello, who commutes from northern New Jersey via NJ Transit into Hoboken and then boards a ferry. “It’s also more relaxing, and you always get a seat.”

Dave Berge, a resident of New York’s Rockland County, on New Jersey’s northern border, straddles both transportation modes. He takes the ferry from Hoboken in the morning but the train at night.

“This is peace of mind,” Berge said, gesturing on a recent Friday toward the glittering skyline from the rear deck of a New York Waterway. “It’s an indulgence, but I don’t mind paying more.”

The ferries’ cost “is the age-old question, and we’ve faced [it] from the first time we ran a boat,” Imperatore said.

A new terminal and additional boats would cost roughly $300 million — a lot, but a fraction of the cost of a new rail tunnel or new Manhattan bus terminal, estimated at $10 billion each. Interstate political squabbling and uncertainty over federal funding has made it doubtful either of those projects will be completed within the next ten years.

President Trump’s proposed $1 trillion infrastructure spending plan does not include specifics on projects, including whether it would involve ferries.

“There’s an unwillingness to deal with anything but the status quo,” Imperatore said. “But when there’s an emergency, you know who the first calls are made to? Us. We’re the only game in town because we have a fleet just about at the ready, at very short notice.”