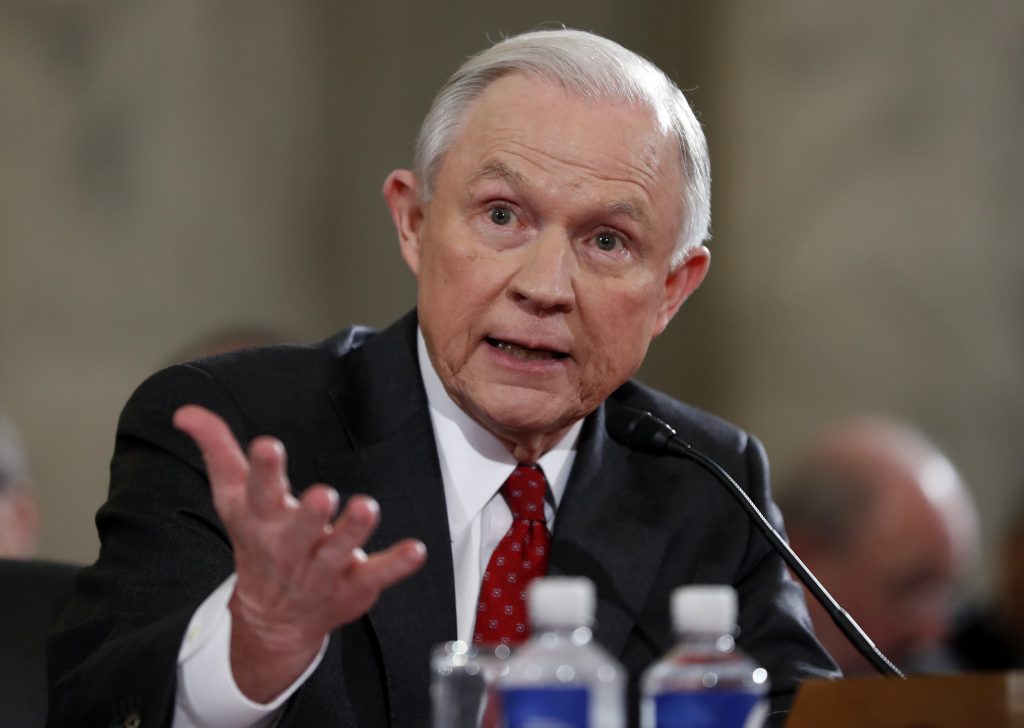 Attorney General Jeff Sessions will face questions about the firing of FBI Director James Comey and undeclared meetings with Russian officials at a Senate hearing on Tuesday, though it was unclear whether he would testify in public or in private.

Sessions, an early and ardent supporter of President Donald Trump’s 2016 election campaign, would be the highest government official to testify before the Senate Intelligence Committee in its probe of allegations that Russia may have sought to interfere in the election.

Democratic Senate leader Chuck Schumer and fellow Democratic Senator Jack Reed questioned on Sunday why Sessions was involved in Trump’s May 9 dismissal of Comey after he had recused himself from investigations of whether Russia meddled in the election, possibly with help from Trump associates.

“There’s a real question of the propriety of the attorney general participating in that in any way, shape or form,” Reed said to Fox News on Sunday.

Russia has denied interfering in the U.S. election. The White House has denied any collusion with Moscow.

Sessions said in a letter on Saturday that he would appear before the committee to address matters that Comey brought up last week in testimony to the same panel.

He did not say if he would appear in open or closed session. Democrats are pushing for a public hearing. Democratic Senator Ron Wyden, an Intelligence Committee member, asked the panel’s leaders in a letter on Sunday to hold an open hearing.

A Justice Department official who spoke on condition of anonymity initially said the department expected Sessions to testify in closed session but later stressed that the decision was up to the panel’s Republican chairman, Senator Richard Burr.

A Sessions spokeswoman said she did not know if it would be public. “That’s a question for the committee,” said Justice Department spokeswoman Sarah Isgur Flores.

Sessions is skipping a separate hearing on Tuesday on the Justice Department’s budget and sending his deputy for the session that will be open to the public.

Senator Patrick Leahy, the Senate Appropriations Committee’s top Democrat and a member of the Senate Judiciary Committee, tartly reminded Sessions that both oversee his department.

“You need to testify before both in public. You can’t run forever,” Leahy tweeted.

Media reports last week said Sessions offered to resign because of tensions with the president over his decision to recuse himself from the FBI’s Russia probe.

Comey accused the president of trying to get him to drop the investigation of former National Security adviser Michael Flynn and fired him to undermine the Russia probe.

President Trump himself attributed his dismissal of Comey to the Russia investigation.

Comey’s testimony on Thursday also raised new questions about the attorney general’s relationship with Russian officials with ties to President Vladimir Putin. One is whether Sessions had any undisclosed meetings with Ambassador Sergei Kislyak or other Russians during the campaign or after President Trump took office.

Sessions in March removed himself from involvement in any probe into alleged Russian election meddling but maintained he did nothing wrong by failing to disclose that he met last year with Russia’s ambassador.