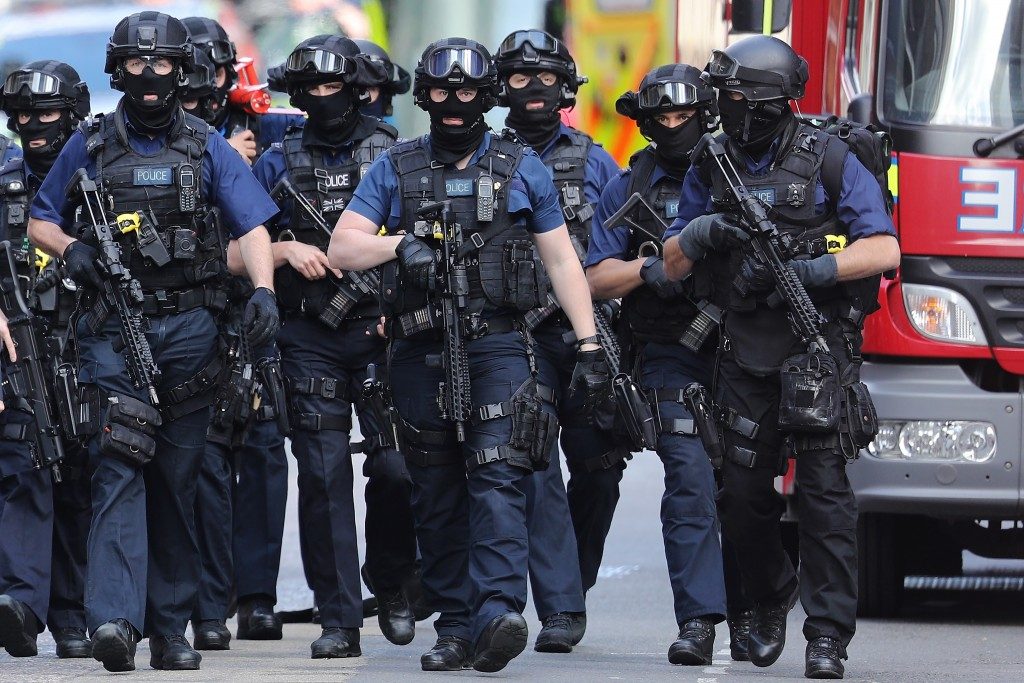 For the third time in three months, terrorists have staged a vicious attack on British soil, brutally murdering innocent men and women. This time, they struck on busy London Bridge and nearby Borough Market. By the time police eliminated the three terrorists, seven innocent people had been killed and 48 wounded.

First and foremost, we express our sympathies and deepest condolences to the family and friends of the victims, the residents of London, and the entire British populace. We wish all the injured a speedy and full recovery.

The latest vicious attack, coming only days before Britain is to hold a general election, only serves to underscore how grave and potent the threat posed by Islamic terrorists is to civilized people everywhere. Once again, inhuman fiends showed that one needs neither guns nor explosives to cause death and destruction. The tools used by these terrorists were a rented van — which they abandoned in the midst of their horrific action — and large, easily accessible knives.

For British Prime Minister Theresa May, this attack seemed to have crossed a red line.

“We cannot and must not pretend that things can continue as they are,” she said in a statement, in which she noted that while the recent attacks are not thought to be connected by planning and execution, “they are bound together by the single, evil ideology of Islamist extremism that preaches hatred, sows division, and promotes sectarianism.”

As history has repeatedly proved, there is no room for a conciliatory approach when it comes to dealing with terrorists and their supporters. While, as Mrs. May rightfully noted, this wicked ideology cannot be defeated through military intervention alone, every possible step to try to combat this threat at its source must be taken, both on the battlefields in Iraq and Syria, as well as on European soil.

The prime minister also pointed out that “we cannot allow this ideology the safe space it needs to breed. Yet that is precisely what the internet — and the big companies that provide internet-based services — provide. We need to work with allied, democratic governments to reach international agreements that regulate cyberspace to prevent the spread of extremism and terrorist planning. And we need to do everything we can at home to reduce the risks of extremism online.”

In an ever more interconnected world, the internet has proven to be the most effective tool for terrorists to spread their message of unadulterated hate and recruit others to commit their reprehensible deeds. In numerous cases, neighbors, acquaintances, and even close friends and family members are stunned to discover that an individual — born and bred in a Western country — has been radicalized to such an extent that he is prepared to murder innocent men, women and children. Even the strictest immigration policies will not keep back a country’s own citizens from committing the unspeakable.

Cyberwarfare is the grim new frontier as the civilized world battles the forces of evil, and it is vital that Western governments use every tool at their disposal to hack into and bring down those sites used by Islamic terrorists, neo-Nazis and others to call for acts of violence.

During the most recent attack, amid the mayhem and the horror, there were also acts of heroism. One local resident tried to distract the terrorists as he ran through the streets, seeking to warn bystanders in nearby crowded restaurants and bars. He threw chairs, a stool and bottles of beer at them. Another man, a worker at a local bakery, hurled a big bread basket at the head of one of the terrorists.

As the residents of the United Kingdom and the rest of the free world continue to wage war against the forces of terror, there is a real need for heroes of all stripes. It takes much bravery to stand up to a marauding terrorist. It also takes much courage to alert authorities when a friend or relative seems to be influenced by radical thinking.

Finally, and most importantly, we must recognize that our true security will not come from mortals. While mankind is obligated to do its part in seeking to eliminate those who seek to cause harm to the innocent, we should never delude ourselves into thinking that we are the masters of our own fate. We must constantly remember that only the Alm-ghty can truly shield us from harm, and beseech Him for Heavenly protection.