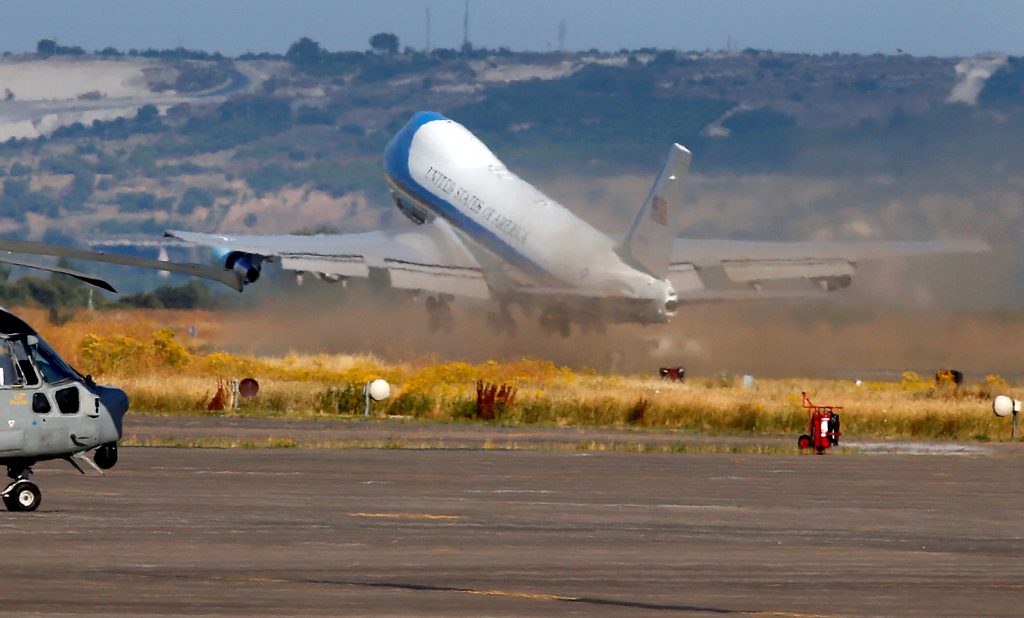 His whirlwind foreign trip complete, President Donald Trump faces a slew of political and policy challenges at home and mushrooming inquiries into allegations that Russia meddled in the U.S. election and had improper dealings with his campaign and associates.

President Trump returned to Washington late Saturday after a nine-day trip to the Middle East and Europe, his first trip abroad as president. Awaiting him were reports that his son-in-law and senior adviser, Jared Kushner, spoke with Russia’s ambassador to the United States about setting up secret communications with Moscow during the presidential transition.

White House aides prepared for potential changes ahead, with the president mulling a staff overhaul amid frustrations over what he views as his communication team’s failures to push back against allegations.

While overseas, President Trump’s longtime attorney, Marc Kasowitz, joined a still-forming legal team to help the president shoulder the intensifying investigations into Russian interference in the election and his associates’ potential involvement. More attorneys with deep experience in Washington investigations are expected to be added, along with crisis communication experts, to help the White House in the weeks ahead.

As he mulls new additions and outside reinforcements, President Trump has entertained bringing his former campaign manager, Corey Lewandowski, and former deputy campaign manager, David Bossie, formally back into the fold. Both Lewandowski and Bossie discussed the prospect with the president before his trip, according to one person told of the conversations.

Lewandowski’s return would be a particularly notable development, given the fact that he was fired by President Trump after clashing with other staff. Nonetheless, Lewandowski, who led the small team that steered President Trump’s primary victory, has the trust of the president — an advantage that many of President Trump’s aides lack.

President Trump called his maiden trip abroad a “home run,” but while the White House had hoped it would serve as a reset, attention on the Russia probe has only increased.

Recently appointed special counsel Robert Mueller, a former FBI director, is starting off an investigation with a broad mandate that will allow him to probe both the possible Russian influence and whether President Trump attempted to obstruct the investigation by firing FBI Director James Comey.

Heightening concerns for the White House, Comey is expected to testify before Congress after Memorial Day about memos he kept on conversations with the president that pertained to the investigation.

The White House also grappled with reports that Kushner proposed setting up a secret back channel between the Kremlin and the Trump transition team during a December meeting. Kushner spoke with Sergei Kislyak, the Russian ambassador to the U.S., about creating the secret line to make it easier to hold sensitive discussions about the conflict in Syria, according to a person familiar with the discussions.

The back channel was meant to connect Michael Flynn, who later became President Trump’s first national security adviser, with Russian military leaders, said the person, who wasn’t authorized to publicly discuss private policy considerations and spoke on condition of anonymity. Flynn was fired in February, officials saying he misled Vice President Mike Pence about whether he and the ambassador had discussed U.S. sanctions against Russia in a phone call.

Before departing Italy for the U.S., White House officials refused to address the reports about Kushner.

Other major issues await decisions by President Trump. He said in a tweet that he would make a final decision next week on whether to withdraw from the Paris climate agreement, in which nearly 200 countries pledged to reduce their greenhouse gas emissions in an effort to combat global warming. As a candidate, President Trump vowed to pull out of the accord, which was negotiated during the Obama administration, claiming the deal would be economically disadvantageous to the U.S.

The search continues for an FBI director to replace Comey. President Trump interviewed potential candidates and said he was “very close” to deciding on a replacement before he left for the Middle East. But one of President Trump’s short-list candidates, former Connecticut Sen. Joe Lieberman, withdrew from consideration, and the White House has been mum on other possibilities.

President Trump’s policy agenda has run into roadblocks since he departed Washington. The Republican health care bill that narrowly passed the House faces an uncertain future in the Senate after a Congressional Budget Office analysis said it would leave 23 million more Americans uninsured by 2026.

The president will need to defend his budget plan, which was released while he was abroad and drew criticism for deep cuts to safety net programs.

President Trump also has to decide soon on a Pentagon recommendation to add more U.S. and NATO troops in Afghanistan, as well as boosting reinforcement for the beleaguered Afghan forces. The Pentagon says it has about 8,400 troops in Afghanistan, about one-quarter of whom are special operations forces targeting terrorist groups such as an Islamic State affiliate.