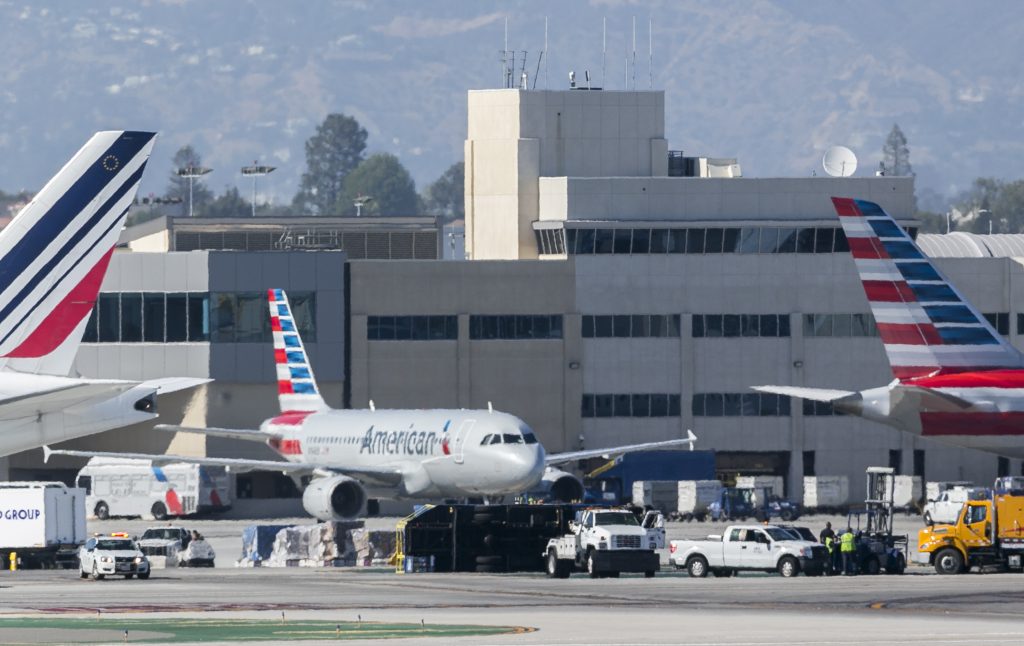 An Aeromexico passenger jet collided with a utility truck on a taxiway of Los Angeles International Airport shortly after landing on Saturday, injuring eight employees who were aboard the truck, but no one on the plane was hurt, authorities said.

The cause of the mishap, which damaged the right wing of the Boeing 737 and left the large supply truck overturned on its side, remained under investigation, said Los Angeles Fire Department spokesman Brian Humphreys.

Six men and two women aboard the truck were taken to an area hospital for treatment of various unspecified injuries, none of them considered to be life-threatening, Humphreys said.

Airport officials said all eight were listed in stable condition.

No one among the approximately 150 passengers and crew aboard the plane, Aeromexico Flight 642 from Mexico City, required any medical attention, according to Humphreys.

But a statement from the airport said one passenger reported suffering some pain after leaving the aircraft.

The accident occurred at about 2:30 p.m. Pacific time. There was no fuel spill or fire, and the plane was able to finish taxiing to its gate, where the passengers disembarked.