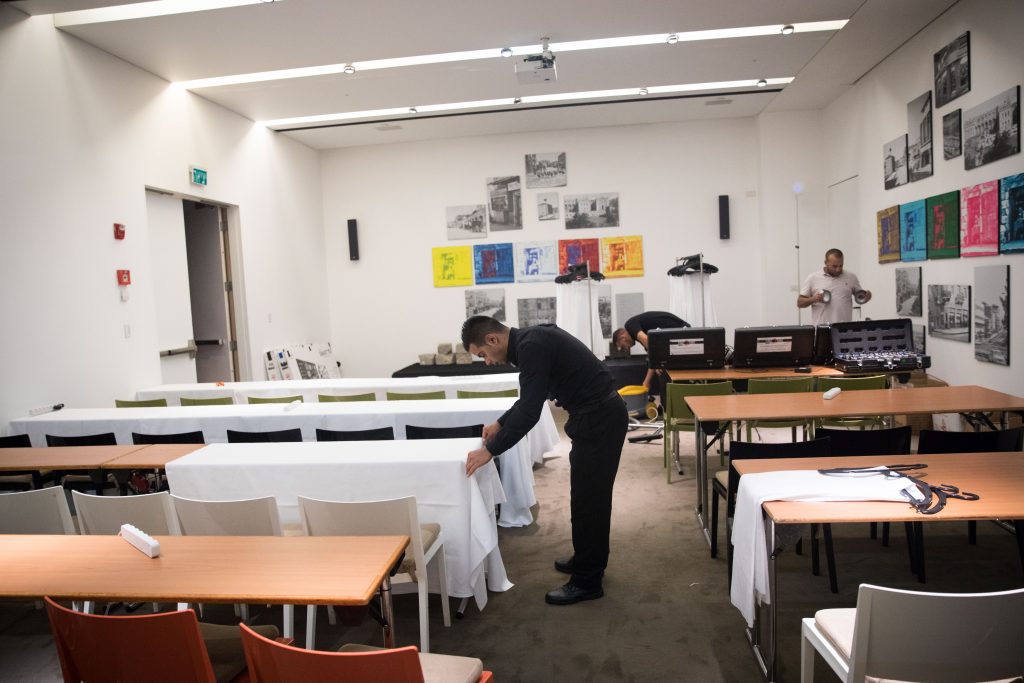 In a last-minute change, United States officials canceled a festive dinner at the King David Hotel in Yerushalayim scheduled for Monday night, citing “logistical reasons,” according to The Jerusalem Post. Israeli Defense Minister Avigdor Liberman and U.S. Secretary of State Rex Tillerson were slated to preside. Officials were quoted as saying that the decision was dictated by practical considerations, and is not the result of any behind-the-scenes tensions.

The change comes after the president’s visit to Masada was canceled last week. Uncertainty remains over whether or not Israeli Prime Minister Binyamin Netanyahu will accompany him at the Kosel on Monday.

The hot weather at Masada, initially given as the reason for the cancelation, gave way to the explanation that landing a helicopter on top of the ancient site could cause it harm.

Overall, what has been described as a two-day visit will in actuality last 28-hours. The president is scheduled to arrive from Saudi Arabia at approximately 12:15 p.m. Monday. He will spend the rest of the day and evening in Yerushalayim, and Tuesday morning in Beit Lechem, meeting with the Palestinians. At 4 p.m. he plans to take off for Italy and the Vatican.