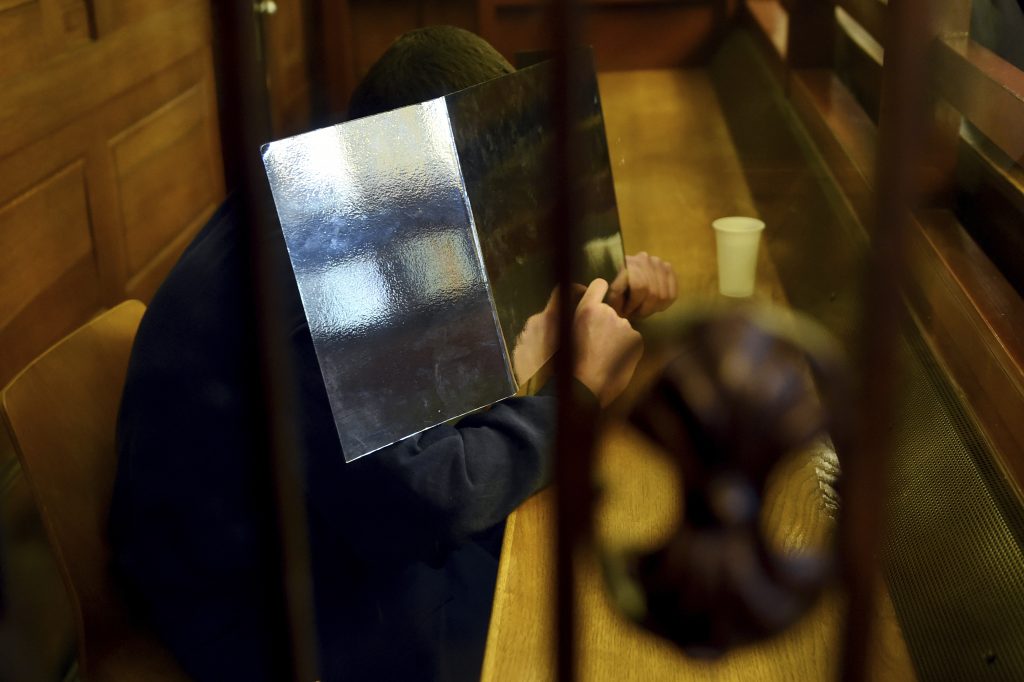 A German court convicted a Syrian refugee Friday of membership in the Islamic State terror group in his homeland and later providing information for a possible attack against “soft targets” in Berlin.

Berlin’s criminal court sentenced Shaas al-Mohammad, 20, to five years in prison on 150 counts of membership in a foreign terrorist organization and 149 counts of violating weapons laws.

Judges noted the seriousness of the crimes, but applied youth sentencing guidelines because most of them happened before the defendant turned 18.

Al-Mohammad’s lawyer had asked the court to acquit his client, who denied the charges.

The verdict marks the first time that a German court has convicted a Syrian refugee of crimes committed in Syria, federal prosecutor Gerwin Moldenhauer said.

The court accepted prosecutors’ arguments that al-Mohammad had joined IS as a teenager in Syria in 2013 and undergone military training. He later performed armed guard duty during the siege of the eastern Syrian city of Deir el-Zour and its airport in 2013 and 2014, prosecutors said.

After coming to Germany as an asylum-seeker in August 2015, al-Mohammad remained in contact with IS and sent the group information about tourist groups visiting Berlin’s Brandenburg Gate, Alexanderplatz and the Reichstag parliament building. Judges concluded that the defendant must have known the information could be used for an attack.

Records found on al-Mohammad’s phone also showed that he recruited at least one new member for IS, offered himself as a contact for terrorists planning attacks in Germany, and indicated his willingness to participate in an attack or return to Syria to fight for the group.

The trial drew considerable public interest when it opened just two weeks after the Dec. 19 truck attack on a Berlin market in which 12 people were killed. Islamic State claimed responsibility for that attack, which was carried out by a Tunisian man, Anis Amri, who had been rejected for asylum in Germany.

Al-Mohammad’s defense lawyer, Tarig Elobied, said he would appeal the verdict. Elobied said al-Mohammad was not properly informed of his rights during a police interview in which he revealed his involvement with IS.

In reading the verdict, presiding judge Andreas Mueller noted that al-Mohammad appeared immature despite being married and the father of a young child.

Mueller cited Islamic State’s attacks on civilians and war crimes before addressing the defendant directly: “Think about whether you want to use this verdict to reflect on the ideology of IS.”