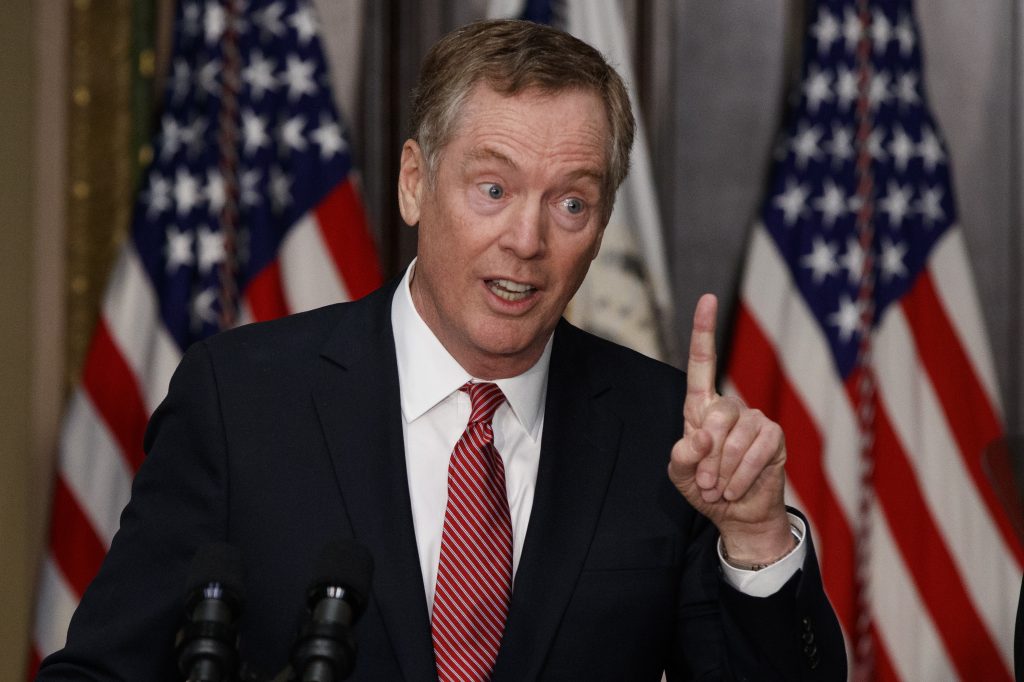 The Trump administration, taking the first formal step toward overhauling the North American Free Trade Agreement, known as NAFTA, notified Congress on Thursday of its intent to renegotiate the pact with Canada and Mexico in 90 days.

The letter to lawmakers, sent by the newly confirmed U.S. Trade Representative Robert Lighthizer, means that President Trump’s trade officials could launch talks with Canadian and Mexican officials as soon as Aug. 16.

Lighthizer, during a hastily called telephone briefing with reporters, said that in giving notice to Congress of a 90-day consultation period — which is required under so-called fast-track trade legislation — President Donald Trump was moving to fulfill his promise to “permanently reverse the dangerous trajectory of American trade.”

During the campaign and as president, President Trump repeatedly trashed NAFTA as a “disaster,” calling it the worst trade agreement ever. Just weeks ago, Mr. Trump said he was close to issuing an order to withdraw from NAFTA, only to reconsider the action hours later.

Lighthizer, a veteran trade lawyer and negotiator who was confirmed last week as Trump’s last Cabinet member, on Thursday took a much more conciliatory tone.

Although Trump has often held out the threat of pulling out of NAFTA, Lighthizer said that his hope and expectation was that such drastic action would not be necessary, noting that “as a starting point for renegotiations, we should build what has worked in NAFTA and change what has not.”

He called his Mexican and Canadian trade counterparts “tremendously talented individuals,” and said the parties were “all entering the process in good faith.”

Lighthizer said he believed that NAFTA, which took effect in January 1994, had proved successful for some sectors, including investment services, agriculture and energy. But he singled out manufacturing as an area of deficiency, particularly involving Mexico.

He also noted that the 23-year-old agreement did not include provisions related to digital trade and that matters of the environment were “an afterthought.”

“Our aim is that NAFTA be modernized,” Lighthizer said in a letter formally notifying Senate Democratic leader Charles E. Schumer of New York. Among the provisions that Lighthizer cited that would be addressed are intellectual property rights, regulatory practices, state-owned enterprises, labor and environment. The list did not mention currency practices, something that Schumer and other congressional Democrats have sought to be included in trade deals.

Lighthizer did not address specific areas in manufacturing, and he took only a couple of questions from reporters. But Trump and his administration officials, including Commerce Secretary Wilbur Ross, who with Lighthizer is leading the charge on trade, have been critical of how NAFTA prompted car and car parts makers to establish plants in Mexico.

President Trump’s trade officials also are likely to try to limit Canadian and Mexican companies’ ability to win U.S. government procurement contracts, and the administration is almost certain to seek the elimination of a provision that allows an arbitration panel to decide complaints about goods that are allegedly dumped or unfairly subsidized by governments — a change that Canada in particular is expected to resist.

In keeping with Trump’s belief that the U.S. has been short-changed in multilateral trade agreements, Lighthizer said he expected a lot of the negotiations to be bilateral, although he did not take a hardened position on that.

In the letter to Schumer released Thursday morning by his office, Lighthizer described the broad goal of the renegotiation as getting a deal that would produce higher-paying jobs for Americans and grow the economy. Lighthizer said specific U.S. objectives for a revised NAFTA would be provided to Congress 30 days before the start of the talks.

Lighthizer said he hoped that negotiations could be concluded this year.