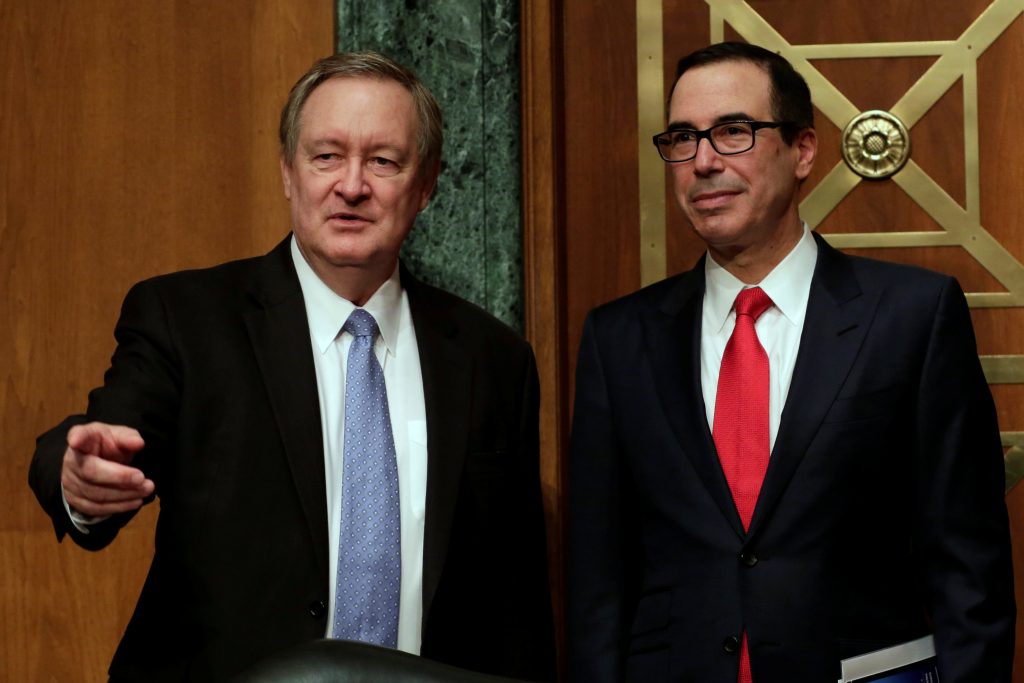 Mnuchin is testifying before the Senate Banking, Housing and Urban Affairs Committee — his first appearance before that committee since being sworn in.

He says 100 people at his department are working on overhauling the tax system — and the Trump administration’s goal is to bring “meaningful relief” to the middle class and makes American businesses competitive.

Mnuchin says the Treasury Department is preparing a report on regulatory changes for the finance system. He says it’ll be broader than undoing much of the Dodd-Frank law enacted under President Barack Obama.

Mnuchin says the report will focus on providing relief to community banks.