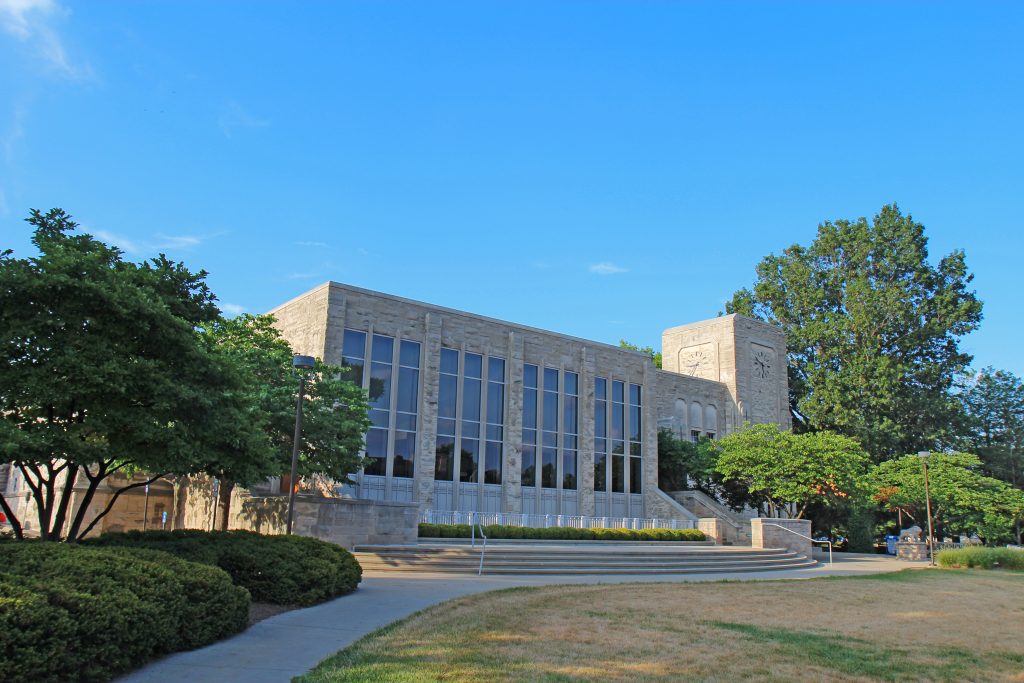 Its goal: To examine the rise of Donald J. Trump and where the country goes from here.

The course description did not mince words:

“Donald J. Trump won the U.S. presidency despite perpetuating white supremacy, xenophobia, nationalism, nativism, and imperialism. This course explores why and how this happened, how Trump’s rhetoric is contrary to the foundation of the U.S. democracy, and what his win means for the future. The course will also discuss, and potentially engage in, strategies for resistance.”

The course, which will be taught this fall to a small group of students, has angered some conservatives and propelled Butler University in Indianapolis to the national spotlight. Critics say they’re concerned by the course description’s anti-Trump language and the prospect of requiring students to participate in the resistance movement against the president.

In response to the criticism, the private university in Vice President Mike Pence’s home state has significantly softened the language while still keeping the course title. It no longer depicts Trump as someone who perpetuated extreme ideologies. His rise to the presidency is, instead, ambiguously described as “a political and social phenomenon.”

“The course will provide context and depth for student citizens as we look at historical and current texts by renowned authors as well as read excerpts of Trump’s own Art of the Deal,” the updated course description states.

Concerns that the course will critically look at the Trump presidency did not worry university officials. Doing so “falls under the auspices of academic freedom,” Provost and Vice President for Academic Affairs Kathryn Morris said in a statement last week.

“Just as I support this course, I would support a course that is complimentary of the president. Butler offers a variety of courses that tackle controversial topics,” Morris said.

But what university officials found problematic are concerns that students will be required to participate in the resistance movement as part of a college course. That appears to be the impetus behind the broader and more ambiguous course description.

“The university would not require a student to support or oppose a particular political figure or agenda,” Morris said. “The professor has been very transparent about the goals of the course and has provided additional context that clarifies students in the class will not be required to participate in a particular form of activism.”

The university also said in a statement last week that it will review its practices of accepting faculty members’ preliminary course descriptions for special-topics courses like “Trumpism & U.S. Democracy,” a one-time class not required in any academic program.

“Like all universities, Butler University values academic freedom and the liberties this affords its faculty members,” the university said. “At the same time, Butler strives to be a hospitable forum for civil exchange of ideas.”

Ann Savage, the professor who’ll be teaching the course, was not immediately available for comment.

The class starts in August and is available to only 17 students. Eighteen have signed up so far.

The original course description is not available online, but it has since been circulated on social media. It appears to have attracted public attention after Carlin Yoder, a former Indiana state senator, tweeted a picture of a list of courses last week. Yoder is a Republican.

Reactions on social media are mixed. Many denounced the university for the course offering, while others expressed pride in the university, a liberal arts school founded in 1855 in Indiana, a historically conservative state that Trump carried in November.

“Butler University I am so disappointed that you would allow your students and their safety get caught up in all this drama,” one social media commenter wrote.

“Proud alum here! Thank you Butler, for once again standing up for what is right,” wrote another.

“Trumpism & U.S. Democracy” is not the first higher education course or program created in response to the Trump presidency.

Last month, a group of Harvard University graduate students launched what’s called the Resistance School, a four-part series of online sessions about how to counter Trump and his agenda, the Boston Globe reported.

The Resistance School’s team consists of activists and former staffers for Obama, Sanders and Clinton presidential campaigns, according to its website.

But unlike the Butler University course, the Resistance School is entirely run by students and is not officially affiliated with Harvard University, according to the Globe.