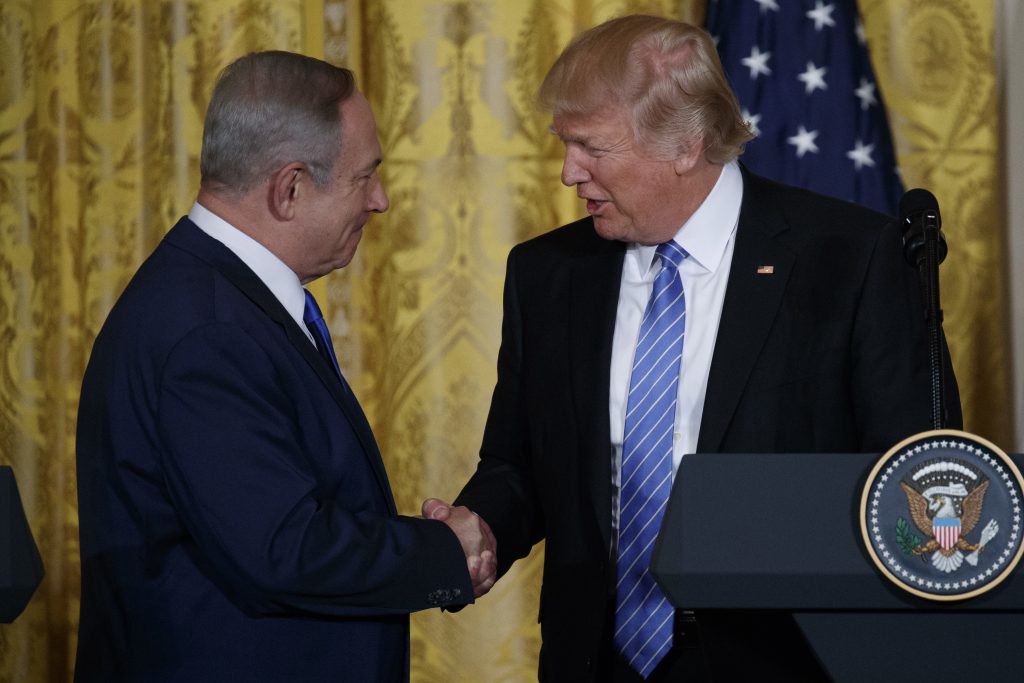 President Donald Trump will travel to Saudi Arabia and Israel this month as part of his first foreign trip, wading directly into the tangled diplomacy of Middle Eastern politics, a senior administration official said on Thursday.

The swing through the Middle East, added to a trip that includes a NATO meeting in Brussels on May 25 and the Group of Seven summit in Sicily on May 26, suggests that the president is seeking to reinforce alliances with top U.S. allies in the region.

President Trump’s predecessor Barack Obama had a testy relationship with Israel and Saudi Arabia. Leaders in both nations viewed Obama as less concerned with traditional alliances than with negotiating a deal to rein in Iran’s nuclear program.

President Trump has made forging peace in the Middle East and fighting the Islamic State terror group a focus of his administration’s foreign policy.

President Trump, who met with Israeli Prime Minister Binyamin Netanyahu at the White House in February, has assigned his son-in-law Jared Kushner to oversee efforts to broker a peace deal between Israel and the Palestinians.

President Trump met with Palestinian leader Mahmoud Abbas at the White House on Wednesday, but gave no details of how he would revive long-stalled peace talks.

As part of the trip, the president will also stop in Rome to meet the Pope at the Vatican, the official said.

Politico first reported the details of the trip.