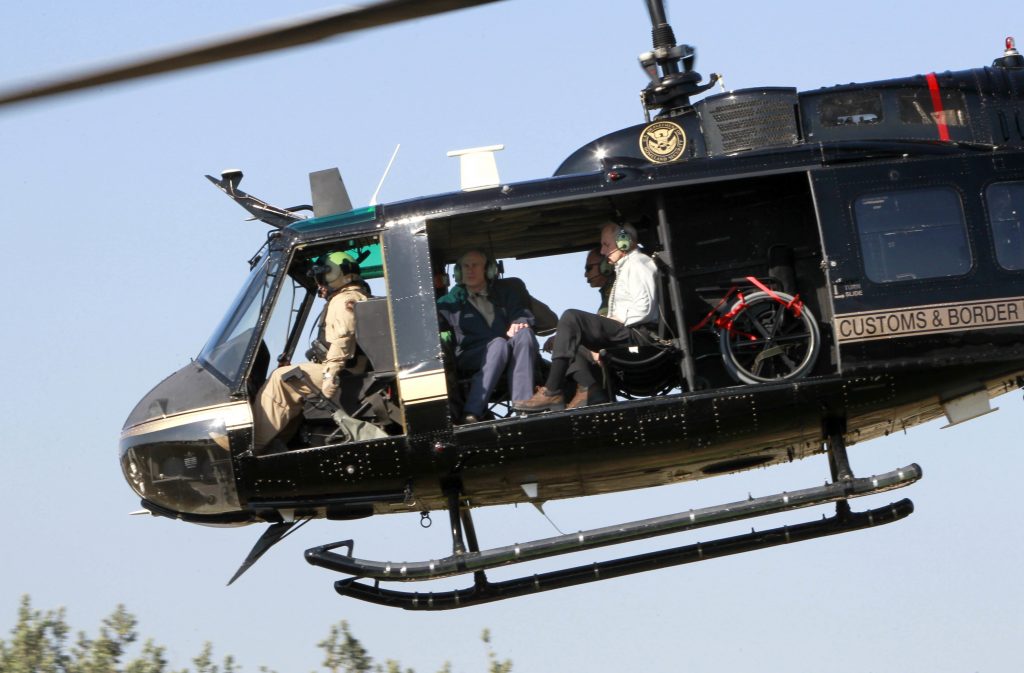 Texas Governor Greg Abbott is poised to sign a sweeping bill that would outlaw sanctuary jurisdictions in the state and impose costly fines and even jail time on officials who refuse to cooperate with U.S. immigration agents.

It makes clear that local law enforcement officers may ask people they detain about their immigration status, a line of questioning that critics say should be reserved only for federal immigration agents.

“I’m getting my signing pen warmed up,” Gov. Greg Abbott ® tweeted this week. His state is home to the second-largest number of undocumented immigrants in the nation, some 1.6 million people.

The legislation would be the country’s most significant crackdown so far on sanctuary cities, which in general refuse to hold immigrants who have been arrested for local crimes past their release date so that Immigration and Customs Enforcement can take them into federal custody and try to deport them.

In March, Mississippi’s governor signed a law that bars sanctuary jurisdictions, while Virginia Gov. Terry McAuliffe (D) vetoed a similar measure. On Thursday, Maryland Attorney General Brian Frosh (D) warned that state and local law enforcement officers are “potentially exposed to liability” if they continue to jail someone whom a judge has ordered released.

State senator Charles Perry (R-Lubbock) has said he sponsored the Texas bill to prevent local officials from letting serious criminals out of jail before immigration agents can take them into federal custody.

The measure would fine local governments up to $25,500 a day for policies that block immigration enforcement. Elected or appointed officials who refuse to cooperate with immigration agents could lose their jobs. Sheriffs and other police officers would face misdemeanor charges, punishable by up to a year in jail and fines, if they ignore requests to detain immigrants. The bill would take effect Sept. 1.

Church leaders, police chiefs and teachers opposed the bill and vowed on Thursday to fight it in court, saying it would make cities and towns unsafe because undocumented immigrants would be more unwilling to report crimes, for fear of being questioned about their own residency status.

Advocates predicted Texas could be targeted with boycotts and lawsuits.

“The intention is there to terrorize and put more fear in the community here in Texas,” said Eduardo Canales director of the South Texas Human Rights Center. “It’s a horrible bill.”

Frank Sharry, executive director of the America’s Voice Education Fund, said the bill “attacks the civil rights of every Texan who might look or sound like they are from somewhere else, even if their families have lived in the Lone Star State for generations.”

Texas Rep. Rafael Anchia (D-Dallas) said he hoped the ACLU or the Mexican American Legislative Caucus would file a lawsuit against the bill once it is signed. He called it “hateful and discriminatory” and said such acts are contributing to a rise in white nationalist propaganda on college campuses.

“It’s very sad to see in the state of Texas today,” he said.

Texas shares the longest U.S. border with Mexico and had long enjoyed friendlier relations with its southern neighbor than some other nearby states. It resisted passing laws opposing bilingual education or illegal immigration even as such statutes materialized in Arizona, Massachusetts and California.

But since Trump’s election, advocates say, the climate has shifted.

Maria Teresa Kumar, president and CEO of Voto Latino, predicted that the harsh sanctuary bill will ultimately backfire, as it did in California, where anti-immigrant ballot measures passed in the 1990s led to a “political awakening” for Latinos.

Now California is a leading protector of undocumented immigrants, granting them driver’s licenses and in-state tuition at public colleges. The state Senate recently passed a bill that would transform the state into a sanctuary jurisdiction.

After the Texas bill passed the Senate in February, Abbott said he would “not tolerate sanctuary-city policies that put the citizens of Texas at risk.”

“Elected officials do not get to pick and choose which laws they will obey,” the governor said.

Matthew Dowling, chief of staff for Perry, the bill’s sponsor, said in an email Thursday that law enforcement agents will only question the immigration status of people they have detained for some other reason.

He emphasized that the bill bans racial profiling and exempts schools from cooperating with federal agents, and said it would protect immigrants who are crime victims or witnesses.

Last week, six Texas police chiefs, including from Houston, Dallas and San Antonio, and the director of the Texas Police Chiefs Association assailed the bill as “political pandering that will make our communities more dangerous.”

“If the Texas Legislature were serious about removing undocumented persons, there are better ways to address this issue than forcing law enforcement to become immigration agents,” the officials said in an opinion piece that was published in The Dallas Morning News. “The Legislature could easily start by addressing the businesses that hire undocumented workers, which is why the majority of the honest, hard-working persons immigrate to this country with or without documentation.

“Addressing the primary reason undocumented persons enter this state would free law enforcement to address those people who are committing crimes.”