Politics OPINION: The Past 100 Days Have Been a Disaster — for Democrats
Politics 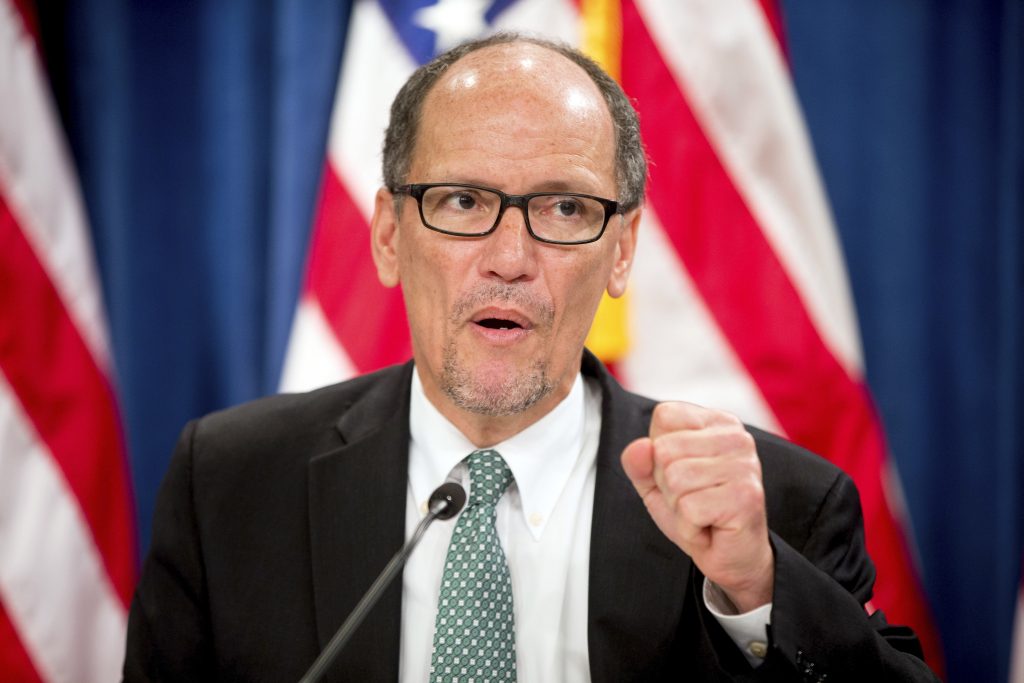 While much ink has been spilled in the past week assessing President Trump’s first 100 days in office, the Democrats’ abysmal performance has largely escaped scrutiny. So let’s review their record.

The Democrats spent much of Trump’s first months in office pushing their unfounded narrative of Trump’s alleged collusion with Vladimir Putin. But that narrative went up in smoke when Trump launched missile strikes against Putin’s Syrian ally, Bashar Assad. Trump not only hit the air base from which Assad allegedly had launched his chemical weapons attack but also dropped the “mother of all bombs” on the Democrats’ efforts to paint him as a Putin puppet. His Syrian strikes were followed by U.S. Ambassador to the United Nations Nikki Haley’s blistering speech before the U.N. Security Council laying the blame on Russia for failing to stop Syria’s use of chemical weapons and Defense Secretary Jim Mattis’s charge, on a recent visit to Afghanistan, that Russia is arming the Taliban. Suddenly, we’re in a new Cold War with Moscow — which pours cold water on Democrats’ case for Trump-Putin collusion. All that effort at character assassination down the drain.

But most damaging has been the Democrats’ seemingly nonstop efforts to further alienate the millions of Americans who twice voted for Barack Obama but switched to Trump last year. The president’s critics have pointed to a Post-ABC News poll, which showed that Trump had not expanded his base of support since he took office. Well, Trump did not need to expand his base. He won the election (and the poll suggested that if the election were held again today, he would not only defeat Hillary Clinton again but also win the popular vote this time).

The ones who need to expand their base are Democrats — the party that lost — and they utterly failed to so. According to the Post-ABC News poll, only 2 percent of Americans who voted for Trump regret their votes, while fully 96 percent say it was the right thing to do. In other words, after 100 days, Democrats made no inroads with these Obama-Trump voters. Quite the opposite, today just 28 percent of Americans say that the Democratic Party is in touch with the concerns of most Americans today — 10 points behind Trump.

Perhaps one reason is that Democrats have made clear their deep-seated contempt for the values of working-class, socially conservative Democrats who left their party in droves last year. On April 21, newly elected Democratic National Committee chairman Thomas Perez announced that pro-life candidates are no longer welcome in the Democratic Party.

Democrats are completely focused on placating their frothing, left-wing, anti-Trump base — and the American heartland thinks these people are insane. They see left-wing mobs attacking Charles Murray at Middlebury College and trying to stop Ann Coulter from speaking at the University of California at Berkeley. They see a horrible feedback loop of left-wing intolerance for their beliefs and way of life.

And they see Democrats in Washington pandering to these people.

The Democrats’ unrelenting, hyperventilating obstruction of Trump has sent crystal-clear a message to millions of Obama-Trump voters: We don’t hear you. We loathe your president and all of you who put him into office. And we’re going to show you what you can do with your Trump vote, by doing everything in our power to undermine the man you elected.

Not smart. Cranking out the liberal base while alienating working-class, traditionally Democratic voters did not work in 2016. It cost Democrats not only the presidency but also a historic opportunity to take control of the Senate in a year when the playing field was tilted against the GOP.

A hundred days in, these voters remain loyal to Trump. That’s good news for the president. But for Democrats, it is a disaster.