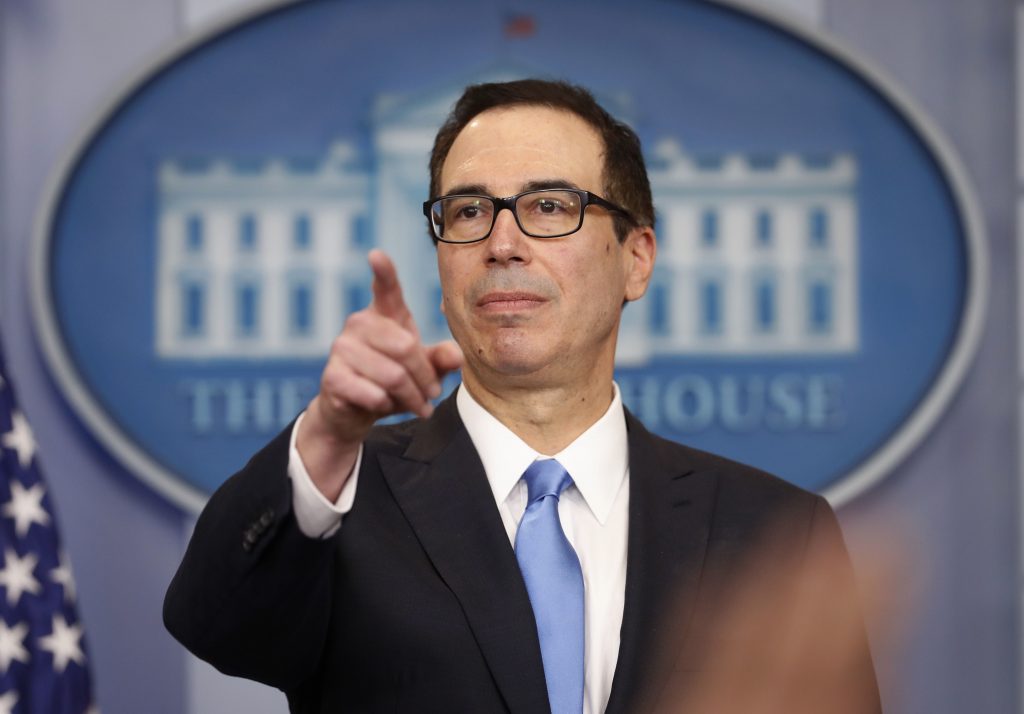 President Donald Trump plans to propose massive tax cuts for businesses big and small as part of an overhaul that he says will provide the biggest tax cuts in U.S. history.

In addition to big tax cuts for corporations, President Trump also wants to cut taxes for small business owners from a top tax rate of 39.6 percent to a top rate of 15 percent, said an official with knowledge of the plan.

The top tax rate for individuals would be cut from 39.6 percent to the “mid-30s,” the official said.

The official, who spoke on condition of anonymity, was not authorized to discuss the plan publicly ahead of President Trump’s announcement, scheduled for Wednesday.

White House officials had already revealed that Trump’s plan would reduce the top corporate income tax rate from 35 percent to 15 percent. The plan will also include child-care benefits.

Republicans who slammed the growing national debt under Democrat Barack Obama said Tuesday they are open to President Trump’s tax plan, even though it could add trillions of dollars to the deficit over the next decade.

Echoing the White House, Republicans on Capitol Hill argued that tax cuts would spur economic growth, reducing or even eliminating any drop in tax revenue.

“I’m not convinced that cutting taxes is necessarily going to blow a hole in the deficit,” said Sen. Orrin Hatch, R-Utah, chairman of the Finance Committee.

“I actually believe it could stimulate the economy and get the economy moving,” Hatch added. “Now, whether 15 percent is the right figure or not, that’s a matter to be determined.”

The argument that tax cuts pay for themselves has been debunked by economists from across the political spectrum. On Tuesday, the official scorekeeper for Congress dealt the argument — and President Trump’s plan — another blow.

The nonpartisan Joint Committee on Taxation said Tuesday that a big cut in corporate taxes — even if it is temporary — would add to long-term budget deficits. This is a problem for Republicans because it means they would need Democratic support in the Senate to pass a tax overhaul that significantly cuts corporate taxes.

The assessment was requested by House Speaker Paul Ryan, R-Wis., who has been pushing a new tax on imports to fund lower overall tax rates. Senate Republicans have panned the idea, and officials in the Trump administration have sent mixed signals about it.

The import tax is not expected to be part of President Trump’s plan.

Republicans have been working under a budget maneuver that would allow them to pass a tax bill without Democratic support in the Senate — but only if it didn’t add to long-term deficits.

“Regretfully, we don’t expect to have any Democratic involvement in” a tax overhaul, McConnell said. “So we’ll have to reach an agreement among ourselves.”

Democrats said they smell hypocrisy over the growing national debt, which stands at nearly $20 trillion. For decades, Republican lawmakers railed against saddling future generations with trillions in debt.

But with Republicans controlling Congress and the White House, there is no appetite at either end of Pennsylvania Avenue to tackle the long-term drivers of debt — Social Security and Medicare. Instead, Republicans are pushing for tax cuts and increased defense spending.

The Trump administration on Tuesday stuck with its assertion that tax reform could push economic growth above 3 percent. Commerce Secretary Wilbur Ross said that the combination of changes on taxes, trade and regulations being pushed by the administration would accelerate the pace of economic gains.

“There is no reason that we should not be able to hit that — if not beat it,” Ross said at the White House news briefing.

Many economists are skeptical that growth could consistently eclipse 3 percent. The flow of workers into the U.S. economy has slowed because of retirements by an aging baby boomer population, while improvements in productivity have been sluggish.

Officials with the Federal Reserve estimate that the economy will grow at a 2.1 percent clip this year and at 1.8 percent in the longer run.