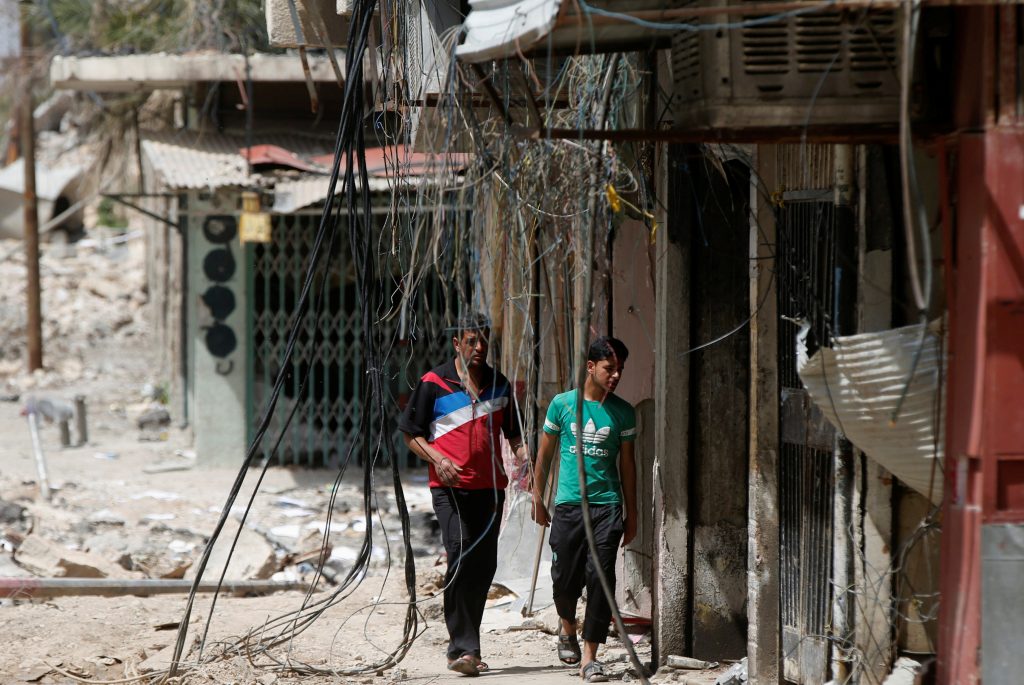 Three policemen were killed on Sunday in a suicide attack south of Mosul, the northern Iraqi city where Islamic State is fighting off a U.S.-backed offensive, security sources said.

A group of about 10 assailants, including four suicide bombers, had tried to infiltrate a Federal Police helicopter base in Al-Areej, a police captain told Reuters.

Al-Areej is located just south of Mosul where some districts remain under control of the hardline Sunni group.

Islamic State is now besieged in the northwestern part of Mosul, an area that includes the Old City. Its Grand al-Nuri Mosque is where the group’s leader, Abu Bakr al-Baghdadi, declared a “caliphate” over parts of Iraq and Syria in mid-2014.