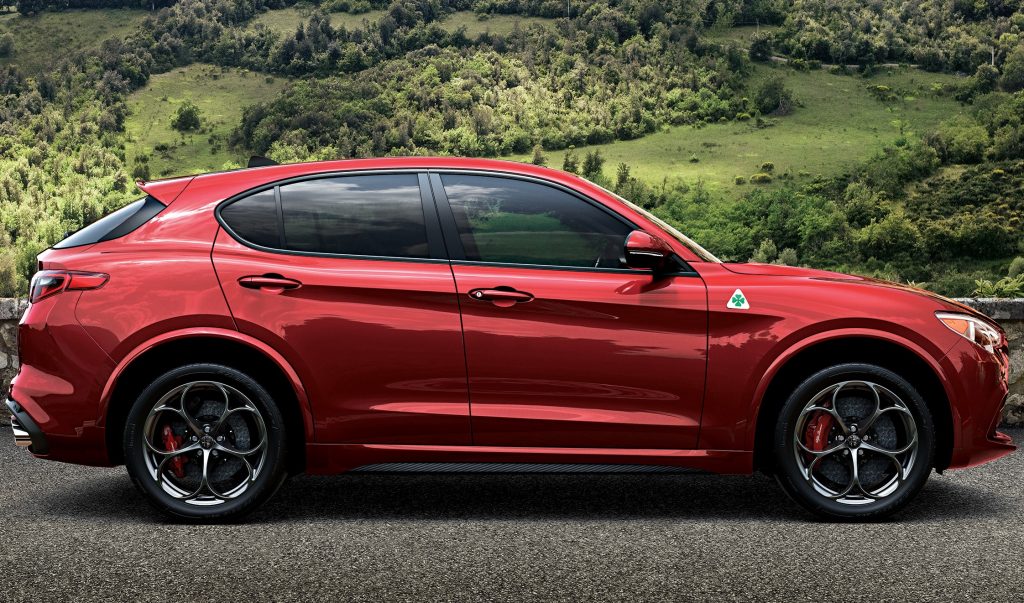 The station wagon was the classic American family car of baby boomers and Gen Xers. In the age of crossovers, however, a new generation of wagons steers away from families with performance, style and versatile luxury. The modern station wagon is perfect for young professionals and trendy empty nesters, for outdoor and driving enthusiasts who appreciate all-wheel-drive or turbocharged engines.

“On the whole, wagons offer practicality and spaciousness in a great-handling package,” said Dana Headrick, product manager at Mercedes-Benz. “We offer high levels of luxury, exquisite finishes, and intelligence, with a third-row seat. It’s a lot more unique than an SUV.”

Forget American brands, though, because station wagons now wear Subaru and European emblems on their noses. And don’t call them station wagons, either: They’re Estates, Sport Turismos, or Sport Wagens.

Check the brawny wagon swagger dropped on the Geneva Motor Show in March.

“Wagon buyers are among our most loyal customers,” Headrick said. “They expect the performance and luxury of a car and appreciate it’s a little easier to drive and access the rear seat with children. The E63 wagon is wildly popular with AMG enthusiasts.”

The E400 and E63 will immigrate to America, but the trail-friendly E-Class All Terrain will not. Neither will the sleek new BMW 5-Series wagon that debuted in Geneva (though the 3-Series Sports Wagon is available from $42,950). They occupy niches too small in America.

In the U.S., the station wagon is geared toward outdoor and performance enthusiasts.

“One group that has noticed value in a wagon versus SUV is cyclists,” said Jessica Caldwell, senior analyst at Edmunds. “Many cyclists like wagons due to their extended length making it advantageous when lifting bikes in and out of the cargo areas.”

The station wagon also seems to be popular with surfers, campers and skiers.

During 2016, Subaru moved 182,898 Outbacks, or nearly three times more than its Legacy sedans. Subaru is an anomaly, as wagons typically account for 10 percent or less of total model sales. Audi Allroad sales are just 7 percent of A4/S4 sedans. Headrick couldn’t say what percent of E-Class sales are wagons, but mentioned they have decent volume globally. It’s a low-volume body style in the U.S., but appeals to buyers across demographics.

“We don’t differentiate between buyers, but do focus on life stages,” Headrick said. “Customers with a couple of dogs and camping equipment may be looking at wagons as an alternative. Wagon buyers know they are going to participate in activities and want a car that is ready for anything. Nostalgia could play a part with some of our shoppers.”

European popularity of wagons is key in their current and future availability here.

“Compact crossovers are still the top-selling vehicle type in the U.S.,” Caldwell said. “However, wagons are popular in Europe, so many automakers create them for the European market and the U.S. gets them to add diversity to their lineup. If the U.S. was the sole intended audience for wagons, their existence would be doubtful.”

“The Americas markets are very strong for both Cross Country and Polestar,” said Lex Kerssemakers, president and CEO, Volvo Cars USA. “The Cross Country is the perfect luxury getaway car, as capable and comfortable on the daily commute as it is taking the family hiking or skiing. Polestars are driver’s cars for the educated enthusiast seeking something unique.”

Volkswagen Group takes a more affordable road with the Golf Alltrack ($25,850), a raised Outback-challenging station wagon based on the SportWagen ($21,580) with standard all-wheel-drive and fortified bodywork. Step up to the Audi Allroad ($44,000), which puts its wheels firmly in the luxury segment.

Next year, the American Outback gets competition from a German Buick.

Automotive News reports Buick will sell a trail-ready version of the sleek new Opel Insignia dubbed “TourX” in 2018. Expect a 2.0-liter turbocharged four-cylinder engine and all-wheel-drive. The German wagon is gorgeous, but will likely have little effect on crossover sales.

“Wagons will continue to be a niche market, but eye-catching styling will attract consumers who want a car with more cargo space,” Caldwell said. “Baby boomers have been the driver of the SUV craze, so they have historically shunned wagons. Their sales are likely to decrease over time. Consumers just like the more flexible cargo space and having a better view of the road as attributes of SUVs.”

Indeed, boomer parents often drove large, comfortable station wagons before migrating to minivans and crossovers. They’re probably not going back, but the new generation of stylish and engaging wagons can carry gear, tote families, and reserve a little fun for weekend adventures.

Take the family and enjoy driving!