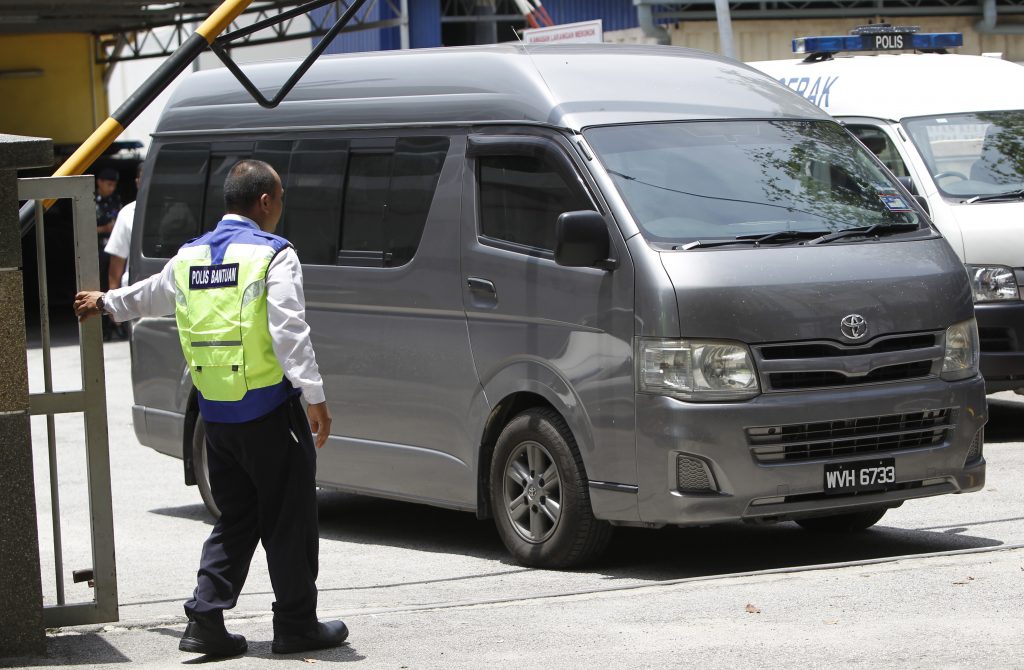 The two women charged with killing the estranged half-brother of North Korea’s leader appeared in a Malaysian court in bullet-proof vests on Thursday, as one of their lawyers warned they feared “trial by ambush” with police not sharing evidence.

The two women have been accused of smearing Kim’s face with the toxic VX nerve agent, a chemical described by the United Nations as a weapon of mass destruction.

Aishah and Huong have told diplomats from their countries that they had believed they were carrying out a prank for a reality show, and not a murder.

Kim Jong Nam, the eldest son of the late North Korean leader Kim Jong Il, had spoken out publicly against his family’s dynastic control of the isolated, nuclear-armed nation.

Lawyers for Aishah and Huong told the court on Thursday that police had not responded to requests to provide evidence including surveilance recordings and statements from three North Korean suspects allowed to leave Malaysia.

The three were allowed to go home late last month, along with the body of Kim Jong Nam, as part of a swap deal with North Korea, which had banned nine Malaysians from leaving there.

“We’ve lost an opportunity to cross-examine them … There should be no trial by ambush,” Aishah’s lawyer, Gooi Soon Seng, told reporters outside the court.

Gooi also said one of the three suspects who was allowed to leave Malaysia, Ri Ji U, also known as James, was a key witness and his departure had “compromised” the defence.

Hisyam Teh, Huong’s lawyer, requested police to furnish evidence such as photos and communications from the two phones seized from her.

Malaysia’s inspector-general of police, Khalid Abu Bakar, denied that police had “compromised” the case or refused to cooperate with the defence, saying some evidence “can only be provided during the trial.”

“We can’t be producing all evidence here now,” Khalid told a news conference.

Four other North Koreans have also been identified by Malaysian police as suspects. They are believed to have left Kuala Lumpur for Pyongyang on the day of the killing.

The magistrate court was set to hear a prosecutors’ request that the two women be tried jointly in a higher court, but the hearing was deferred to May 30 after the prosecution asked for more time to collect documents.