New York City Bans Bosses From Asking About Past Salary 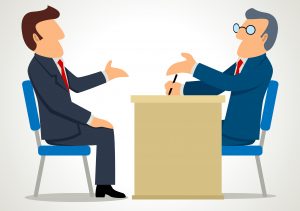 It’s the interview question no applicant likes: How much did you make in your last job?

The New York City Council isn’t fond of it, either. In a vote Wednesday, it approved legislation that will ban employers from asking job applicants about what they make in their current or past job and could have far-reaching consequences beyond the city as employers try to standardize their practices. It’s an idea that’s starting to spread: In passing the measure, New York City joins Massachusetts, Puerto Rico and the city of Philadelphia – where the local Chamber of Commerce filed a lawsuit against that measure Thursday – in banning the question from job interviews. More than 20 other city and state legislatures have introduced similar provisions.

The measure, aimed at tackling pay inequity, prohibits employers from asking the candidate’s current or former employers about salary, as well as querying public records for it, although applicants can volunteer the information if they choose. The city’s Public Advocate, Letitia James, said it would affect about 3.8 million workers when it takes effect in six months and extends the prohibition to private employers. New York City Mayor Bill de Blasio (D) and Gov. Andrew M. Cuomo (D) had earlier passed orders that would ban salary history details from public-sector jobs.

The thinking behind the new law is that when employers ask about an applicant’s salary history, they can end up perpetuating any discrimination that women or people of color may have faced in the past. When employers ask about current or previous salary, they can hear a number that “anchors” them, and then offer to pay some percentage more on a figure that could already be too low. “Being underpaid once should not condemn one to a lifetime of inequity,” James said in a statement.

Although the measure is for New York-based employees, employees well beyond New York could feel the effects, say equal pay advocates and employment lawyers. Fatima Goss Graves, president-elect of the National Women’s Law Center, said in an email that the measure “stands to transform the way that companies operate around the country,” she said. “So many companies operate in multiple jurisdictions. If a company changes its practices in New York, it is likely to also make changes around the country.”

Melissa Osipoff, a labor and employment attorney with Fisher & Phillips, agreed that companies like to homogenize things as standard as a job application. With so many companies doing business in New York, “I think what we’ll see is companies that do business in New York City just eliminate that from their applications entirely,” she said. “This will have wide-ranging influence.”

Meanwhile, nearly 20 states, the District of Columbia and two cities (San Francisco and Pittsburgh) have introduced legislation that includes a provision against salary history information, according to data from the NWLC. At the federal level, the newly reintroduced Paycheck Fairness Act also calls to ban the question, and Rep. Eleanor Holmes Norton (D-D.C.) plans to reintroduce a bill from 2016 that did, too.

Some business groups have opposed the measure. Kathryn Wylde, president and chief executive of the Partnership for New York City, said in a statement that “closing the gender pay gap is important” and most major employers are already taking steps to correct the problem. “Inserting the city government into the relationship between employer and potential employee is potentially disadvantageous to both,” she said. “Politicians are eager to demonstrate their contribution to popular causes, which is about all this legislation accomplishes.”

It’s also possible the measure in New York could face legal challenges. On Thursday, the Greater Philadelphia Chamber of Commerce filed litigation against the law in that city. “The ordinance is a broad impediment to businesses seeking to grow their workforce in the city of Philadelphia,” the chamber said in a statement, citing a violation of employers’ First Amendment rights.

But other companies have begun privately ending the practice of asking the question on their own. James’ office said that several New York-based companies, including Kickstarter, Peeled Snacks and BBMG were among those who had already prohibited the question.

Others are weighing the concept. Cindy Robbins, who leads human resources for the cloud computing giant Salesforce, said in an interview this week that it’s a shift her staff has discussed training their recruiters to make. “For example, instead of asking what current compensation is, ask what is the expectation they have around compensation,” she said. “That changes the tone around negotiation.”

Fran Katsoudas, who heads human resources for Cisco, said in an interview before the legislation passed that “we are working with our recruitment team to not anchor as much in the salary history question.” If companies focus too much on the results of that question, “you’re just institutionalizing that.”

She says comparative industry data is more influential when setting a new employee’s pay. “The industry data gets more weight,” Katsoudas said. “In the past, salary history would matter more.”