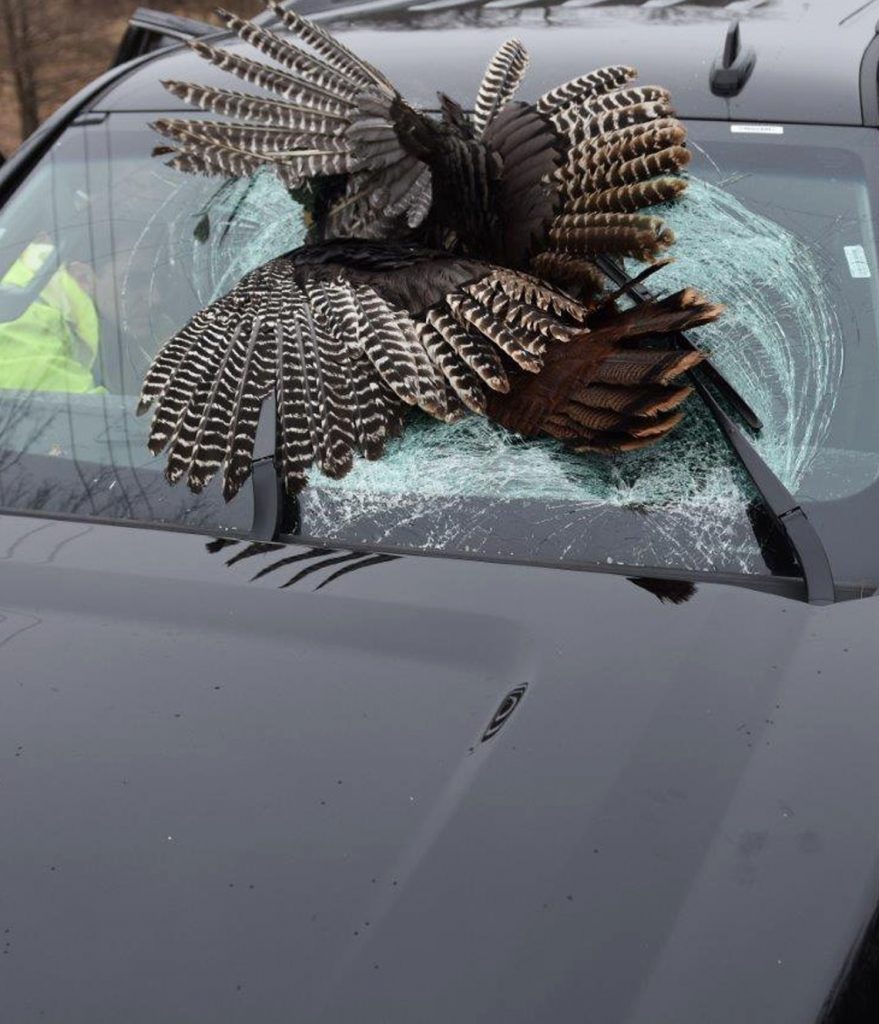 A New Jersey family traveling through northern Indiana got the shock of their lives when a 30-pound turkey crashed through their vehicle’s windshield.

Kellems says he has been an officer for 31 years and has “never seen something like that.”

Tarabocchia told The Indianapolis Star that his family was headed to a Chicago airport to return home after visiting his daughter at the University of Notre Dame in South Bend. The incident happened about 25 miles west of South Bend.