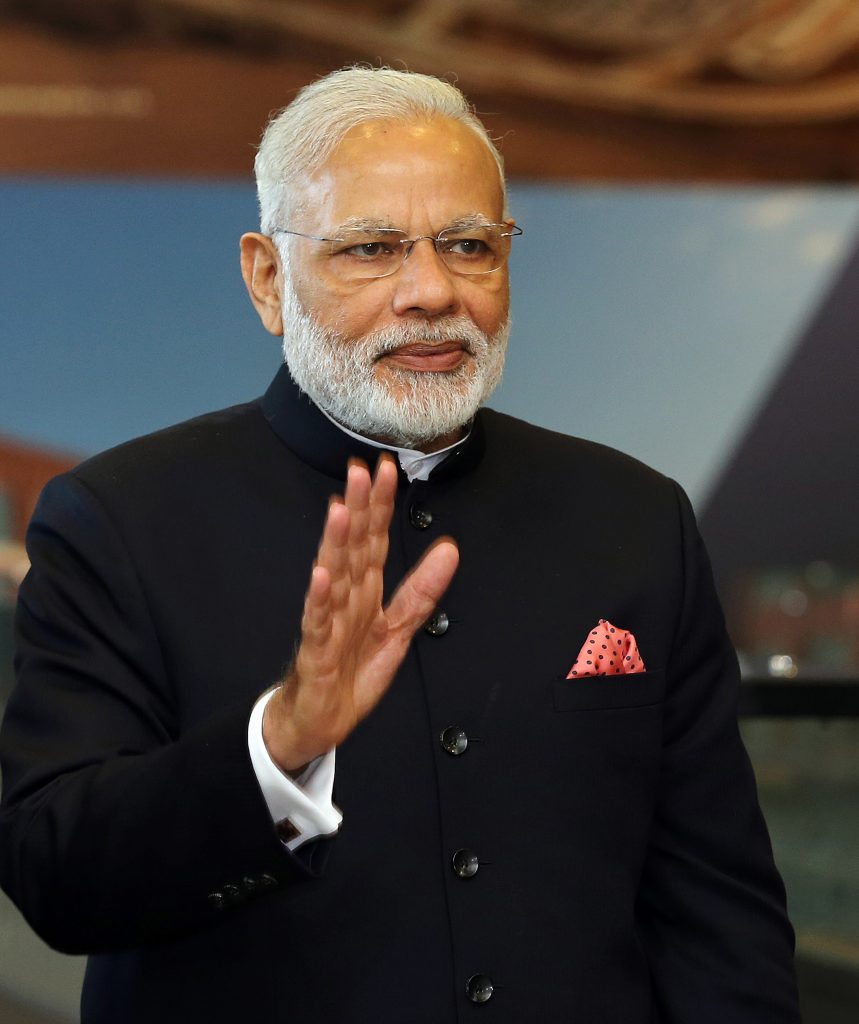 “When Narendra Modi visits Israel this year, it will be remarkable for two reasons: It will be the first visit to the Israeli state by an Indian head of government; and it will in all likelihood raise no eyebrows — never mind hackles — in the Arab world.”

Thus, begins an opinion piece written by Bobby Ghosh, the editor-in-chief of the mass-circulation daily Hindustan Times, on Wednesday.

Unlike former years, when India routinely took the side of the Arabs and Palestinians against Israel, Prime Minister Modi has embraced Israel as an ally and a friend; economic and defense ties, and reciprocal diplomatic visits have become the new norm.

Modi plans to go to Israel this summer, at an as yet-unspecified date, and Gosh says he is “astonished” by “the absence of even a murmur of protest from India’s friends in the Arab world. West Asian diplomats…shrugged off the idea of Modi’s visit as a matter of realpolitik. One expressed the mild hope that the prime minister might also visit [Ramallah] to show some solidarity with the Palestinians, but acknowledged that this is unlikely.”

The silent acceptance of the situation is no public pose, it prevails behind the scenes, as well. “No Arab State,” he says,” has voiced any displeasure, not publicly, and not even through diplomatic back-channels.”

Gosh attributes the dramatic shift in Indian foreign policy and the general acceptance of it to several factors: “that India and Israel have much in common, including their enemies, in the shape of Islamist terrorism; a profound sense of Palestine fatigue in Arab capitals, whether on account of the interminable and intractable nature of the problem, or because other Arab peoples — Syrians, for one — are making a more pressing case for sympathy.”

He then goes on to confirm what Israeli Prime Minister Binyamin Netanyahu has been saying for months — that many of the Arab states “would themselves like an accommodation with Israel.”

Why, then, don’t they also go to Israel? Why don’t they acknowledge that times have changed and finally establish formal relations with Israel?

The answer is that they would all die of embarrassment, that is, if Islamic terrorists don’t assassinate them first.

“Saudi Arabia, Bahrain and most other Arab states…don’t even acknowledge Israel’s right to exist. For six decades, their propaganda machines have portrayed the Jewish State as an abomination, and have normalized anti-Semitism among their citizenry. The rulers of these states cannot now afford to be seen breaking bread with Israel, and so can only play a form of diplomatic footsie — or rely on sympathetic intermediaries to ferry little notes between them.

The Hindustan Times editor concludes: “So, if Modi does hear from Arab rulers before his visit to Israel, it may very well be in the form of requests to convey cautious felicitations. And it’s just conceivable that Netanyahu will want Modi to carry a message for Saudi King Salman, who is expected to visit New Delhi later in the year.”