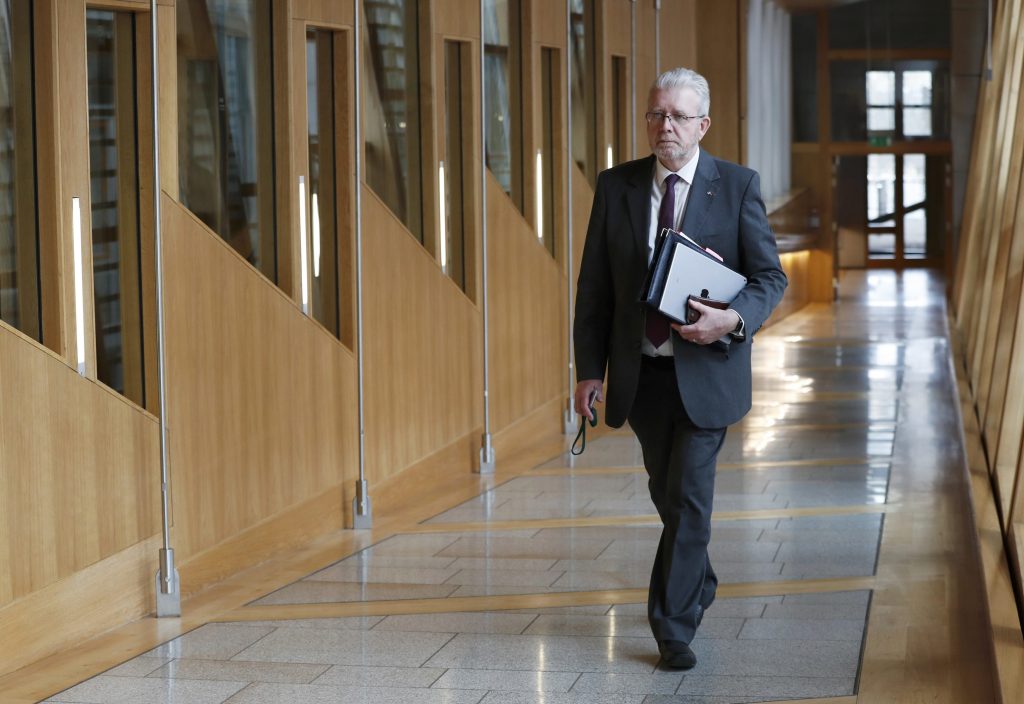 The Scottish parliament on Tuesday backed a bid to hold a new independence referendum in 2018 or 2019, but the British government immediately rejected the proposal.

The stand-off further complicates the United Kingdom’s political situation just as years of daunting negotiations on the terms of its exit from the European Union are about to begin.

The Brexit issue has strained ties between the U.K.’s four constituent parts, because England and Wales voted to leave the EU while Scotland and Northern Ireland voted to remain.

British Prime Minister Theresa May is due to trigger Article 50 of the bloc’s Lisbon Treaty on Wednesday, a formal step that will start two years of talks on withdrawal terms and future trade relations.

The Scottish legislature in Edinburgh voted by a majority of 69 to 59 to give First Minister Nicola Sturgeon a mandate to formally seek permission from the British parliament in London to prepare for a referendum in late 2018 or early 2019.

“The people of Scotland should have the right to choose between Brexit, possibly a very hard Brexit, or becoming an independent country able to chart our own course,” First Minister Sturgeon said earlier in the chamber.

But the British government swiftly responded that it would refuse to enter into negotiations on Mrs. Sturgeon’s proposal.

“It would be unfair to the people of Scotland to ask them to make a crucial decision without the necessary information about our future relationship with Europe, or what an independent Scotland would look like,” it said in a statement.

Mrs. Sturgeon has said the shape of the future deal should become clear between the autumn of 2018 and the spring of 2019, and the Scottish executive would also put forward a detailed plan by then for what independence would entail.

Scots voted against independence by 55 to 45 percent in 2014 but First Minister Sturgeon argues the Brexit vote changed circumstances and they should not be dragged out of the EU against their will.

“When the nature of the change that is made inevitable by Brexit becomes clear, that change should not be imposed upon us,” she said.

PM May has said “now is not the time” for a new vote on Scottish independence and insisted her focus was on getting a good Brexit deal that would work for every part of the U.K.

Having won the vote in the Scottish assembly, Mrs. Sturgeon said she would not seek discussions with London until after Article 50 was triggered because she recognized Wednesday was a momentous day and PM May should not be distracted.

She told the chamber that if London sought to block her plan, she would return before the Edinburgh legislature after Easter to say how she would handle the situation. She gave no further details.

Mrs. Sturgeon was strongly criticized during the debate by lawmakers from the Conservative, Labour and Liberal Democrat opposition parties who said most Scots were tired of the independence debate and did not wish to go through the argument again so soon. (Writing by Estelle Shirbon; Editing by Julia Glover)