Nazareth Arab Transferred Money From Israel to IS 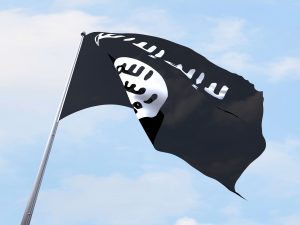 Security officials said Monday that they have arrested yet another Israeli Arab who worked to assist the Islamic State terror group in various capacities. Nazareth area resident Fadil Tsabar Kan’a’a, 25, was arrested March 2 on charges that he decided to join the group in 2014, after his brother left for Syria and was killed fighting on behalf of Islamic State there in 2016.

He was in touch with his brother throughout his stay in Syria, as well as with another Israeli, Mahmad Kilani, who is believed to still be in Syria. In March Kilani asked for Kan’a’a’s help in moving funds from Israel to Iraq to benefit Islamic State. Kan’a’a was sent to a Jenin moneychanger, who transferred the money for him. Security forces traced the transfer to Kan’a’a, and arrested him on charges of assisting and supporting a terror group.

IDF forces overnight Sunday arrested 14 wanted security suspects in Yehudah and Shomron, among them a senior Hamas terrorist, the army said in a statement. The terrorist was not named, but in its statement the IDF said that he had been a key operative for Hamas in the Chevron area, where he was arrested. The other 13 security suspects were wanted for participating in rioting and throwing stones and firebombs that endangered Israeli civilians and IDF soldiers. Several of the suspects were also charged with belonging to Hamas. All were being questioned on their activities by security forces.

The increased activity comes after the weekend elimination of Mazan Fuqaha, a top Hamas terrorist who was found dead in Gaza Friday night. Pukha was one of the thousand-plus terrorists who was released in the deal to free IDF soldier Gilad Shalit, where he returned to terror activities and directed attacks against Israel. Hamas has vowed revenge for his shooting death, which it accused Israel of carrying out.

While Hamas has accused Israel many times of eliminating its terrorists, and threatened revenge often, the current situation is seen as the first test for new top Hamas terrorist Yahya Sinwar, who recently took the reins of the terror group from Khaled Mashaal. Sinwar, like Fuqaha, was released from an Israeli prison in 2011 in the deal to release IDF soldier Gilad Shalit, and also immediately returned to terror activities. Sinwar is a founder of the Hamas military wing and one of the kidnappers of IDF soldier Nachshon Wachsman, Hy”d, whom he helped murder.