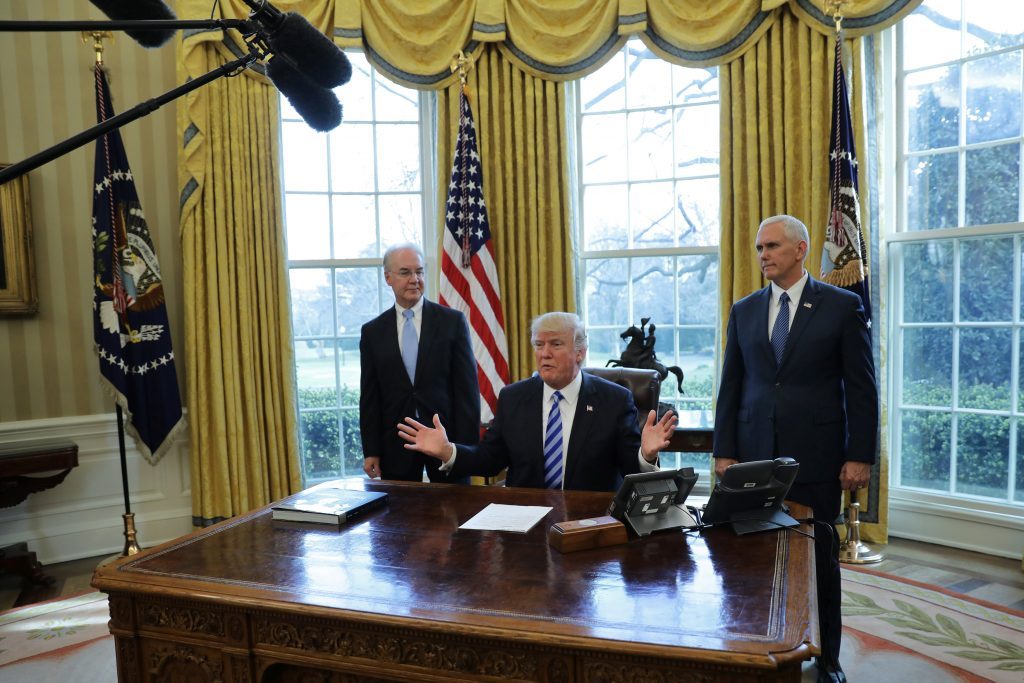 Shortly after Obamacare was signed into law seven years ago, a Twitter contest took off to encapsulate “Obamacare in three words.”

From “huge premium increases” to “repeal and place,” the challenge was largely dominated by Republicans eager to get rid of the law which seized a sixth of the economy and socialized medicine.

Then the White House stepped in.

When Social Security and FDR’s New Deal was enacted by the biggest Democratic majority in Congress in decades, it was the law of the land. But it didn’t become permanent until Republicans, who had screamed “socialism!” captured the White House and allowed it to stay.

With Republicans deciding Friday to allow former President Obama’s ironically-named Affordable Healthcare Act to stay on the books, Obamacare is now law of the land. This was made possible by conservatives in the House, though it is unquestionably a political defeat for President Trump.

Mr. Trump, who last year contributed his own post to the “Obamacare in three words” competition with this — “repeal and replace” — must find some way to now dispense with Obamacare. He staked his campaign on it. This is a campaign promise if there ever was one.

But first, Trump is to be commended for his leadership this past week. His predecessor, aside for some big shot items such as Obamacare, the Iran nuclear deal and raising taxes, largely failed at leading. He was low energy, in Trump parlance.

Obama preferred the greens for relaxation rather than shmoozing up key lawmakers. White House dinner parties were in and out affairs for him. Even his biggest domestic achievement, the passage of Obamacare, started off as a whim and ended with him telling Democratic leaders in the House and Senate to “work it out among yourselves.”

Mr. Trump, conversely, met repeatedly with leadership of Congress to craft a plan and met with lawmakers to get them to back it through two committees.

But in the end, it was clear that it wasn’t going to pass. Conservatives, perhaps correctly, opposed the government incentives to get insurance, as well as the increased taxes for those without coverage. “Obamacare Lite,” they called it.

Then, a group of moderates got spooked when the leadership appeared to be making concessions to the conservatives. When they started fleeing it was all over.

First on the list, obviously, is the political fortunes of the Republican party, which has been promising for years to get rid of Obamacare on Day One.

But also on the losing column are the 20 million people forced under penalty to purchase insurance. How many of them truly wanted it and the law enabled them to afford it? It is impossible to know. But a significant percentage just bought the plan because they were forced to.

Who else lost? Whoever currently is covered by the Obamacare marketplace.

All major insurance companies, as well as many smaller ones, either left or announced they will be leaving the marketplaces, which have been losing hundreds of millions of dollars. The taxes propping up the law will be gutted.

Obamacare will implode, the question is when.

The best plan to guide it to a peaceful landing came and went Friday.