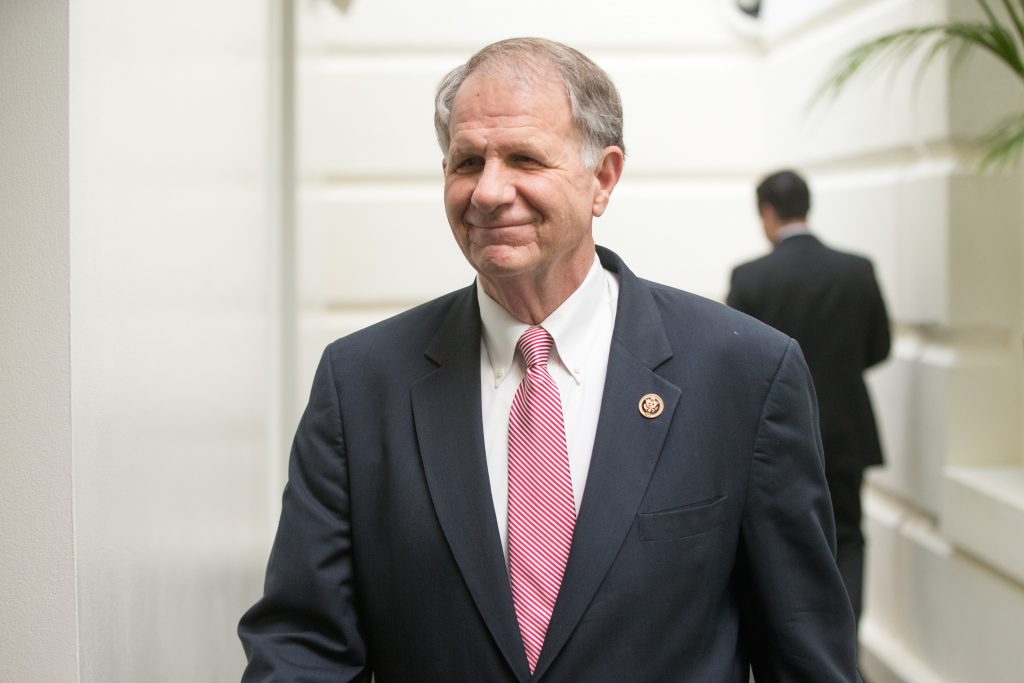 If President Donald Trump is going to put the blame for Republicans’ inability to pass health-care legislation on the House Freedom Caucus, at least one member of the conservative coalition thinks it deserves it.

Rep. Ted Poe, R-Texas, resigned Sunday from the coalition of 35 to 40 conservative House lawmakers in protest over the group’s opposition to the Republican health-care bill that tanked in Congress on Friday.

“I have resigned from the House Freedom Caucus,” Poe said in a statement. “In order to deliver on the conservative agenda we have promised the American people for eight years, we must come together to find solutions to move this country forward. Saying no is easy, leading is hard, but that is what we were elected to do. Leaving this caucus will allow me to be a more effective Member of Congress and advocate for the people of Texas. It is time to lead.”

Poe’s resignation comes hours after Trump tweeted that the Freedom Caucus, along with cash-flush conservative groups that share its hardline ideological views, “have saved ……..Obamacare by opposing the bill.

It’s not clear whether Trump’s statement had a direct effect on Poe’s decision to leave the caucus. He was leaning toward voting for the bill, and he was openly critical of his conservative colleagues as the bill was being pulled from a vote.

As the fallout from Republicans’ inability to make good on a major campaign promise continues, the White House and GOP leaders are increasingly vocal about their frustrations with the House Freedom Caucus.

“We can’t be chasing the perfect all the time,” Trump’s chief of staff, Reince Priebus, said Sunday on Fox News, raising the possibility that the White House will put less emphasis on negotiating with the caucus going forward and try to work with Democrats instead.

Despite half a dozen concessions the White House and GOP House leaders offered to the caucus on health care, its leaders held out support – enough that, when combined with opposition from moderate Republicans, it killed the bill before it could even come to a vote.

The establishment GOP’s frustration was channeled in a single tweet over the weekend, not from Trump but from Rep. Austin Scott, Ga., whose biting accusation raised eyebrows in GOP circles because Scott is not known to be a flamethrower:

Poe is not the first lawmaker to resign from the Freedom Caucus.

In September 2015, Rep. Tom McClintock, R-Calif., became the first to step away from the group as it threatened to shut down the government. In a comment that channels what Trump said Sunday, McClintock protested the group’s tactics as playing right into the hands of the Democrats.

“I was a member of the Freedom Caucus in the very beginning because we were focused on making process reforms to get every Member’s voice heard and advance conservative policy,” Ribble said in a statement. “When the Speaker resigned and they pivoted to focusing on the leadership race, I withdrew.”