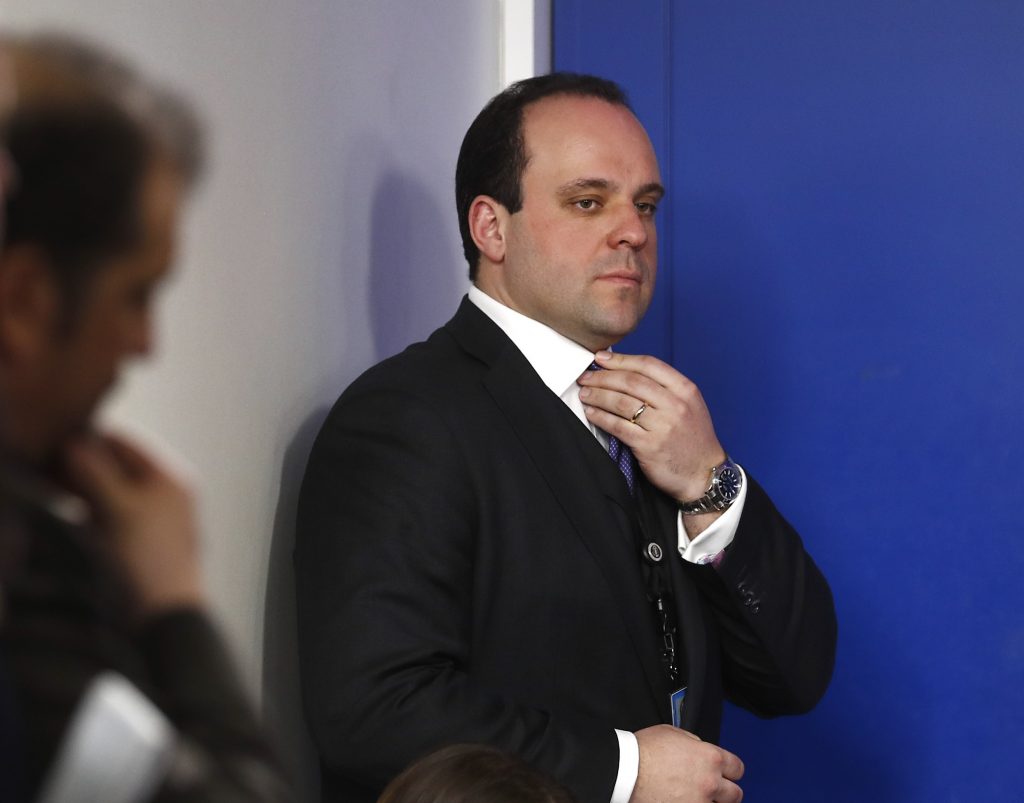 Boris Epshteyn, a onetime surrogate for President Donald Trump who became a White House aide, is expected to depart from his post.

Epshteyn, who regularly appeared on media to boost Trump during the presidential campaign, had served as a special assistant to the president and assistant communications director for surrogate operations.

A senior administration official said that the White House is “exploring opportunities within the administration” for Epshteyn. The move was first reported by Politico.

In his official post, Epshteyn was responsible for overseeing the appearances of White House officials on tv. A recent report in Politico noted that Epshteyn had rankled media producers and had irritated other guests in green rooms.

Earlier this year, complaints also arose that Epshteyn’s presence and meetings with congressional communications aides were of limited value.

Epshteyn also served as a spokesman for the Presidential Inaugural Committee and had befriended Trump’s son Eric at Georgetown University.