What Are Our Tests and How Well Are We Handling Them? 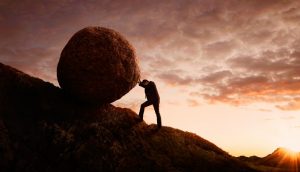 With Purim fast approaching, our thoughts center upon the essence of the impending Yom Tov — the Megillah. There is one passuk in the Megillah that jumps out at me each year as it is read. Mordechai admonishes Esther (Esther 4:13–14): “Al tedami b’nafshech l’himaleit beis hamelech mikol haYehudim. — Do not imagine in your soul that you shall be able to escape in the king’s palace any more than the rest of the Jews. Ki im hachareish tacharishi b’eis hazos revach v’hatzalah yaamod laYehudim mimakom acheir v’at uveis avich toveidu. — For if you insist on keeping silent at a time like this, relief and deliverance shall come to the Jews from another place and you and your father’s house will perish.”

The Vilna Gaon explains that Mordechai, through his nevuah, understood that Esther was given an opportunity to correct the mistake of her grandfather Shaul. How so? Shaul had made the costly error of allowing Agag the King of Amalek to live and to procreate. Hakadosh Baruch Hu arranged history so that Esther would have the opportunity to make amends. She could destroy Haman, the seed of Amalek, as a tikkun for her grandfather.

Mordechai was not worried for the future of the Jewish people. They are Hashem’s nation and Hashem had assured us that they would return from galus. “If there is a concern,” he explains to Esther, “it is that you and your father’s house would suffer — that you, Esther, would lose a historic opportunity.”

We don’t have prophets today. No one can reliably explain to us what opportunities lay before us. We have no means of ascertaining which specific actions we have the opportunity to be mesaken. There is no doubt, however, that as we come closer to the days of Moshiach, Hakadosh Baruch Hu is giving us the challenges necessary to correct areas where previous generations have faltered.

Since this year there is only one Adar, the yahrtzeit of my mother, Alte Chana bas Harav Yechiel Mantel, a”h, and my father in-law, Moshe Nosson ben Zvi Yitzchok Matkowsky, z”l, fall out within days of each other. Although their heritage was very different (my mother Hungarian and my father-in-law Litvish) and didn’t meet each other until their children married, they shared the great nisayon of their generation. They had to withstand the pressure of the American experience in the early 20th century to hold on to Shabbos.

At that time, the idyllic five day work week that we have become accustomed to was not yet a reality. My father-in-law was an accountant and couldn’t find a job in a firm that would allow him to take off on Shabbos. Despite great difficulties he persevered to maintain his shemiras Shabbos. My mother spent a summer in a camp where she and her sister were the only ones who kept Shabbos. It is difficult for us to imagine the nisayon.

With the thought of the Vilna Gaon above, we have, perhaps, new insight into why they had to undergo such an experience. Our parents were being given an enormous opportunity. They were given the Divine chance to be mesaken any chisaron, any lacunae, in the shemiras Shabbos of previous generations. Unfortunately, most were not up to the task. But some were. There were some valiant servants of Hashem, who certainly passed this test with flying colors.

The nisayon of chinuch habanim and habanos is an issue that is less talked about but no less critical. Immigrants had arrived in this new country. They lived through difficult adjustments in difficult times. What did they want for their children? Did they want them also to suffer the indignities of poverty and unemployment or did they want them to realize the “American Dream?”

A non-religious officer and leader of the Federation of Jewish Charities once explained to me that the founders of the Federation had set as their goal to assimilate the Jews into the American community. “They succeeded beyond their wildest dreams,” is the way he expressed it as he explained why there was a belated movement among some Federations to support Jewish education.

Not everyone, however, was swept away by that tide. As a child, I witnessed how my parents would dedicate days and nights to help build the Yeshiva of Eastern Parkway, and later I saw how my mother expanded her activity to the national scene as the Treasurer of the National PTA of Torah Umesorah. There was a mission of building and providing Torah chinuch that would develop and expand the horizons of these servants of Hashem. If there was a history of laxity in the area of chinuch then there were those in the last generation who were going to do whatever was necessary to correct that flaw and show that we still are the people to whom chinuch is the number-one priority.

Hakadosh Baruch Hu gives each generation opportunities and nisyonos. The insight of the Vilna Gaon inspires us and allows us to rise to the challenge after we ask ourselves, “What are our tests and how well are we handling them?”