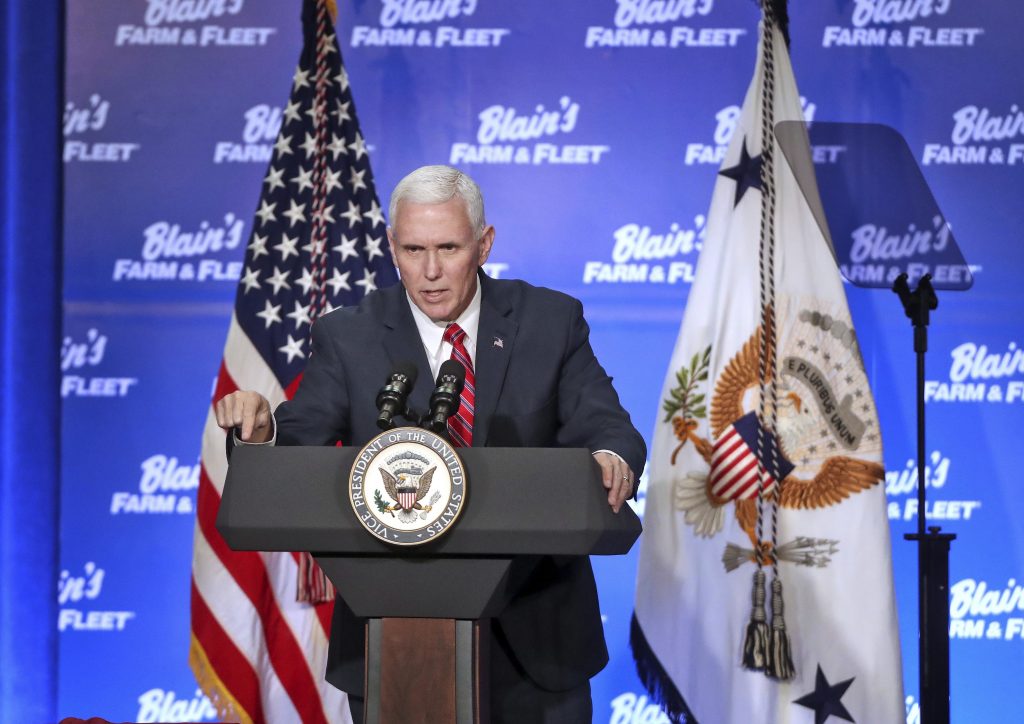 Vice President Mike Pence is criticizing The Associated Press for listing his wife’s email address in a story about his frequent resistance to public records requests while Indiana’s governor.

In a tweet Saturday, Pence said that by publishing the personal AOL address of his wife, Karen, the AP “violated her privacy and our security.” The vice president posted a letter his counsel sent to Gary Pruitt, the AP’s president and CEO.

On Friday, the AP reported the Pences used their AOL accounts to conduct official business since at least 2013.

Lauren Easton, the AP’s director of media relations, said in a statement: “AP removed the email address from subsequent stories after learning Mrs. Pence still used the account. The AP stands by its story, which addresses important transparency issues.”