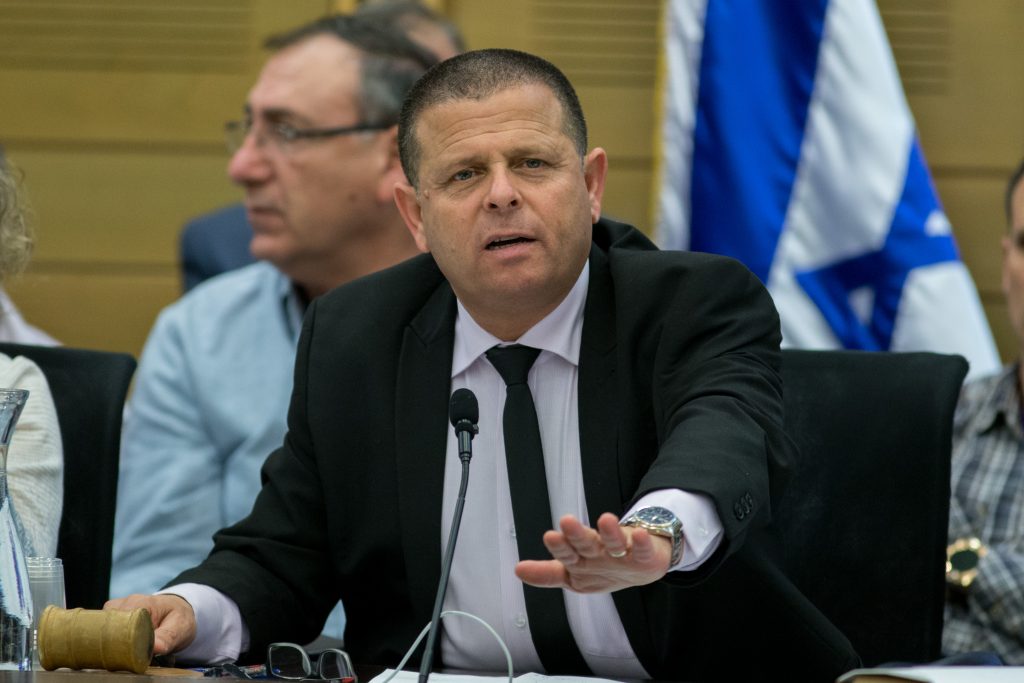 In a new political scandal, MKs of the Zionist Camp party are calling on their faction to eject MKs Eitan Cabel and Shelly Yachimovich from the party, after recordings emerged that showed them making a “back office” political deal. In the deal, Cabel was to support Yachimovich in her bid to lead the Histadrut, while she and her supporters would back Cabel for the top position in Zionist Camp, sweeping aside current head Yitzchak Herzog.

A report in Makor Rishon Friday said that faction whip MK Pinny Kabilo sent a petition signed by numerous party members asking that the two be ejected from Zionist Camp. The official position of the party is to support current Histadrut head Avi Nissenkorn for another term at the union’s helm, while all party members are expected to maintain their loyalty to the party leader who was elected in a democratic primary process.

Rumors of the deal have been floating for days, with both Cabel and Yachimovich denying them, but there was no denying the conversation broadcast by Channel Two Thursday night, in which Cabel says straightforwardly that he had discussed a mutual-support deal with Yechimovich. “I want to help Shelly in the Histadrut, and she will back me in the elections for party leadership,” Cabel is heard to say, describing a meeting that took place in January with Yachimovich supporters, days before Yachimovich declared she was running for the union post. “I am going to need your help on this. I am making a deposit with you now, and now is the time” to redeem it.

Describing the “opportunities” for both himself and Yachimovich as “historic,” Cabel said that both had “enormous possibility to change the Histadrut and the Labor Party.” As far as Herzog was concerned, Cabel described him as “going, going, gone. He is plotter and a cheater, a leader of petty crooks.”

In response to the broadcast, Cabel said that in the recordings he had described “some of my dreams and aspirations, but I am not able to actualize these. There was no deal and there is no deal. I did not ask [Yachimovich] to support me and I promised her nothing. Selective leaks of a conversation that went on for hours is just another attempt by Nissenkorn and others to prevent anyone from running against him, and the efforts they are putting into this illustrate this fear.”

Yachimovich also said that no deals had been made, “not in writing and not verbally. Those who support me are free to do what they want and do not receive ‘marching orders’ from me or anyone else. I decide whom to support for what post based on how I believe they will benefit the party and the state, and not on the basis of political deals. I would recommend to Nissenkorn that he halt these attempts to sway the elections.”

Herzog was not buying it, however. In a statement, he said that the revelations of the recordings was a scandal and “requires those involved to ponder their futures. This is a clear attempt to defraud the public, a violation of these MKs’ commitment to the party, and an act of disloyalty to me and party members. We cannot overemphasize the damage that this scandal has caused. With that, we will overcome the damage, and continue to strengthen the party and return it to the leadership of the state.”