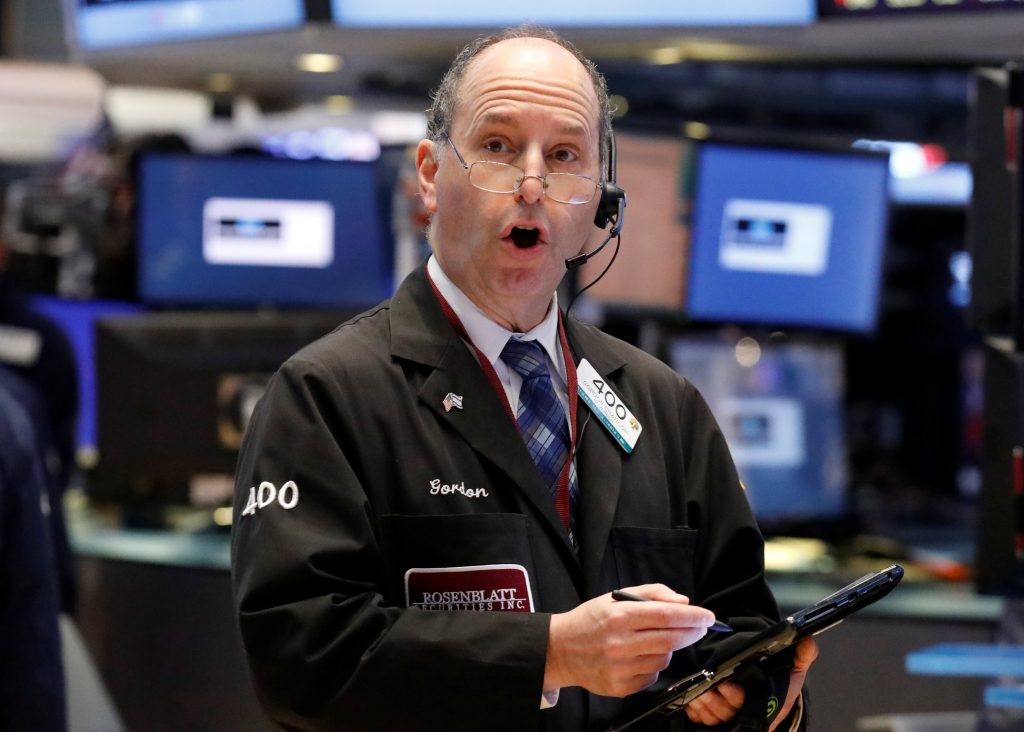 U.S. stocks slipped Tuesday afternoon as a disappointing profit outlook from Target dragged down retailers and as investors braced for President Donald Trump’s address to Congress.

The Dow was very slightly lower, putting it on track to break a 12-day string of record high closes.

His address, at 9:00 p.m. ET, is expected to touch on infrastructure spending, and could also include plans for tax reforms, defense spending and an overhaul of the U.S. healthcare system.

“The real question becomes how much patience does the market have,” said Quincy Krosby, market strategist at Prudential Financial in Newark, New Jersey.

Investors have been encouraged by Mr. Trump’s agenda, but “at some point the market is going to demand more clarification. If you’re basing your projection on pro-growth and pro-business, it’s based on the tax reform. So what the market wants to hear is that this still is a top priority and that the process is moving ahead.”

Target slumped 12.5 percent after the retailer’s full-year profit forecast missed estimates and the company said it would take a $1 billion hit to its operating profit. The S&P retail index was down 0.9 percent and the discretionary index was down 0.7 percent.

Also weighing on sentiment was data that showed U.S. economic growth slowed in the fourth quarter.

Charles Schwab was the top drag on the financial sector, after the company said it would cut its ETF trade and online equity fees, following similar cuts by Fidelity Investments. TD Ameritrade dropped 10.5 percent.

Declining issues outnumbered advancing ones on the NYSE by a 2.03-to-1 ratio; on Nasdaq, a 3.34-to-1 ratio favored decliners.