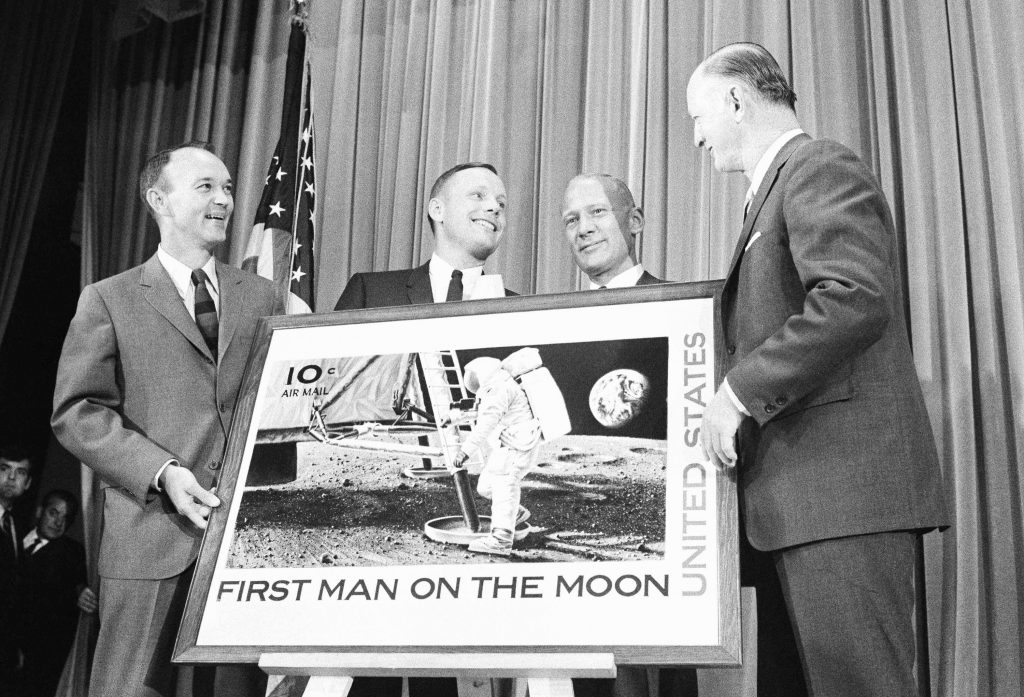 A priceless bag of moon dust collected during the Apollo 11 mission has been returned to a Chicago-area woman after she won a landmark legal victory against NASA.

NASA officials handed over the lunar dust bag — the only known one of its kind — at the Johnson Space Center in Houston Monday under court order.

It marks the only known case in which a private citizen has won ownership of a lunar object that the government had previously sold, apparently by mistake, attorneys involved said.

“It’s what every collector wants. You want to find the thing that’s super special,” attorney Christopher McHugh said of the bag, which has been called priceless and a national treasure.

McHugh represents Nancy Lee Carlson of northwest suburban Inverness, Ill., who he said bought the moon bag from a government auction in 2015 for $995.

Having been inspired by broadcasts of lunar landings while she was growing up, Carlson is an avid collector of space objects, McHugh said. Carlson, a corporate attorney, stored the lunar bag in a box in her closet for safe keeping.

She took the object to The Field Museum in Chicago to research the history of the object, and they referred her to officials at the Johnson Space Center, who analyzed the bag. Once they verified that it contained lunar dust collected from a space mission, they confiscated it, asserting that it was government property, sparking a legal fight over its ownership.

Previously, the government had seized the bag in a criminal case against Max Ary, the former president of a space museum in Kansas. He was convicted in 2006 of theft for selling objects from the museum for his own profit, according to court documents.

But due to a mix-up in inventory, no government official at the time realized the historical importance of the artifact, and without the knowledge of NASA officials, the U.S. Marshal’s Service put the bag up for auction in 2015, to obtain restitution in the case.