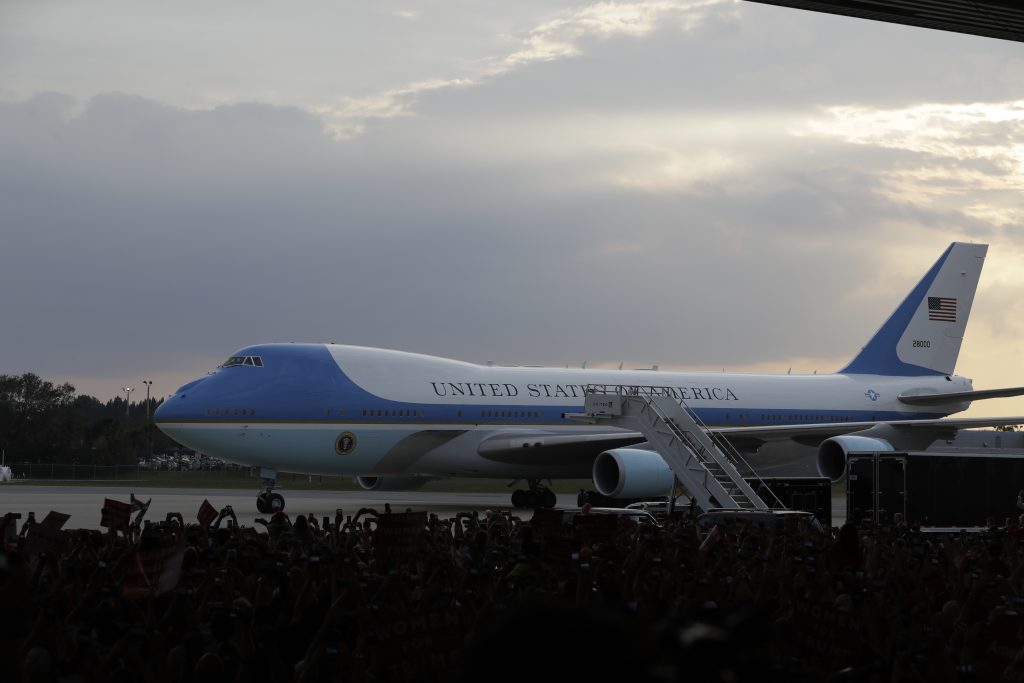 President Donald Trump on Sunday was stepping up his search for a national security adviser, with several interviews on tap, and focusing on health care in talks with his health and budget chiefs, while his team pushed back against depictions of a young administration in disarray.

His chief of staff used appearances on the Sunday news shows to echo his boss’ complaints about media coverage of the White House and cited what he said were multiple accomplishments in the first few weeks of the Trump presidency.

“The truth is that we don’t have problems in the West Wing,” Reince Priebus told NBC.

Priebus also denied a report that Pres. Trump’s advisers were in touch with Russian intelligence advisers during the 2016 campaign, and said he had assurances from “the top levels of the intelligence community” that it was false.

After weeks of tumult in Washington, Mr. Trump returned to Florida and his private club for a third straight weekend, as he tries to refocus. After a raucous campaign rally Saturday night, Mr. Trump and his wife, Melania, stopped by a fundraiser at his private Palm Beach club, put on by the Dana-Farber Cancer Institute. A White House official confirmed his attendance, requesting anonymity to discuss the president’s schedule.

Scheduled to discuss the job with the president at Mar-a-Lago were his acting adviser, retired Army Lt. Gen. Keith Kellogg; John Bolton, a former U.S. ambassador to the United Nations; Army Lt. Gen. H.R. McMaster; and the superintendent of the U.S. Military Academy at West Point, Lt. Gen. Robert Caslen.

Mr. Trump pushed out Mr. Flynn last Monday after revelations that Mr. Flynn misled Vice President Mike Pence about discussing sanctions with Russia’s ambassador to the U.S. during the presidential transition. Mr. Trump said in a news conference Thursday that he was disappointed by how Mr. Flynn had treated Mr. Pence, but did not believe Mr. Flynn had done anything wrong by having the conversations.

Top House Republicans last week presented a rough sketch of a health overhaul to rank-and-file lawmakers that would void President Barack Obama’s 2010 law and replace it with conservative policies. It features a revamped Medicaid program for the poor, tax breaks to help people pay doctors’ bills and federally subsidized state pools to assist those with costly medical conditions in buying insurance.

House Speaker Paul Ryan, R-Wis., has said Republicans would introduce legislation repealing and replacing the Affordable Care Act after Congress returns in late February, but he offered no specifics.

Also on Mr. Trump’s Sunday schedule: calls to the leaders of Panama, and Trinidad and Tobago.

The day of presidential business follows a return on Saturday to campaign mode when Mr. Trump held a rally before thousands of supporters at an airplane hangar in Melbourne. He revived campaign promises to build a border wall along the U.S.-Mexico border, reduce regulations and create jobs – and continued his attacks on the media.

The rally was put on by Pres. Trump’s campaign, not the White House. Mr. Trump told reporters he was holding a campaign rally because “life is a campaign.”

Mr. Trump, who held a rally in the same spot in Florida in September, clearly relished being back in front of his supporters, welcoming the cheers and letting one supporter up on stage to offer praise for the president. He also enjoyed reliving his victory over Democrat Hillary Clinton.