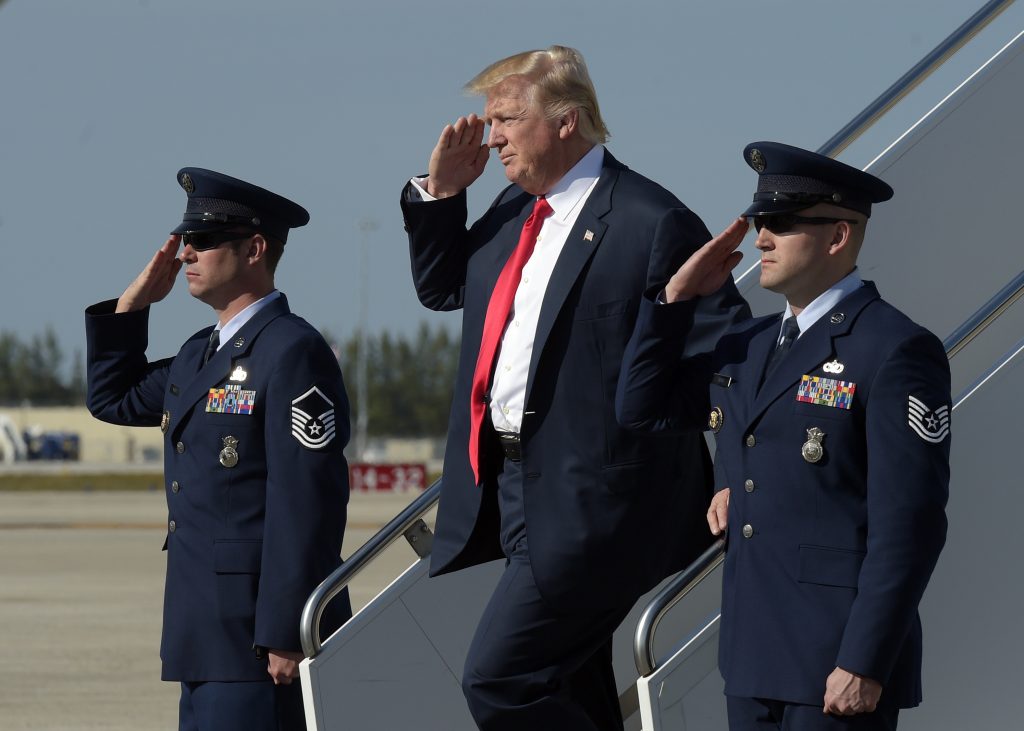 President Trump, who is spending the weekend at his private Palm Beach club, could potentially talk to a few others, Spicer said Saturday. President Trump is also planning to talk with several foreign leaders Sunday, and will have a health care strategy meeting.

Finding a new national security adviser has proved challenging for the president. He had also expressed interest in former CIA Director David Petraeus, but Spicer said Petraeus was no longer under consideration.

Petraeus, a retired four-star general, resigned as CIA director in 2012 and pleaded guilty to one misdemeanor charge of mishandling classified information.

Flynn resigned at President Trump’s request Monday after revelations that he misled Vice President Mike Pence about discussing sanctions with Russia’s ambassador to the U.S. during the transition. President Trump said in a news conference Thursday that he was disappointed by the way Flynn had treated Pence, but did not believe Flynn had done anything wrong by having the conversations.

During an appearance Friday at a Boeing plant in South Carolina, President Trump slipped back into his campaign’s “America First” message with ease.

“America is going to start winning again, winning like never ever before,” he said, as the company showed off its new 787-10 Dreamliner aircraft. “We’re not going to let our country be taken advantage of anymore in any way, shape or form.”