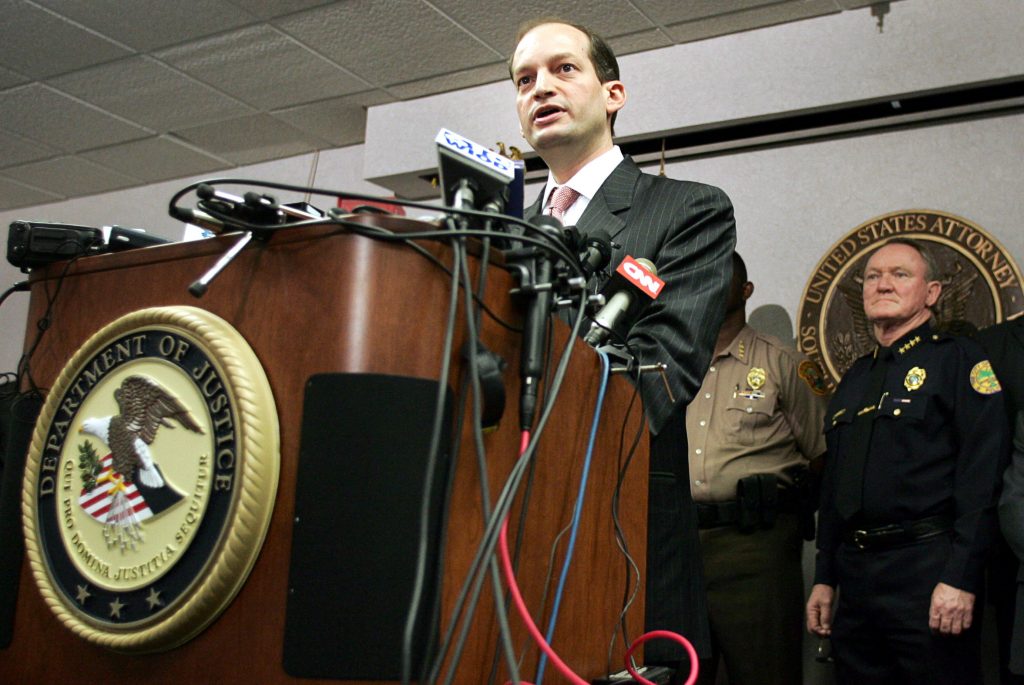 Acosta is dean of the Florida International University College of Law in Miami and is Trump’s first Hispanic nominee.

“He has had a tremendous career,” Trump told reporters assembled in the East Room of the White House. “I think he’ll be a tremendous secretary of labor.”

Before returning to the private sector, Acosta had a decades-long public service career, serving in three presidentially appointed and Senate-confirmed positions.

He was appointed to the National Labor Relations Board (NLRB) by former Republican President George W. Bush, who also appointed him to be assistant attorney general in the Justice Department’s Civil Rights Division.

He was then appointed to be U.S. attorney for the Southern District of Florida, where he went after high-profile defendants such as Jack Abramoff and UBS, resulting in the Swiss bank paying more than $750 million in fines for a tax-avoidance scheme.

Though Acosta signed hundreds of opinions at the NLRB, some of which are sure to draw scrutiny from progressives, those familiar with his work describe him as a careful and cautious public servant whose career trajectory suggested he may someday vie for a federal judgeship.

Having gone through multiple vettings by the U.S. Senate, it is unlikely there will be any surprises in his background that could derail his nomination.

Trump’s first labor secretary pick, Andrew Puzder, the chief executive officer of CKE Restaurants Inc, removed his name from consideration on Wednesday amid concerns that he could not garner enough Senate votes to be confirmed.