Technology Supersonic Passenger Jets Might Make a Comeback, More Than a Decade After the Last Concorde Flight
Health, Science & Technology 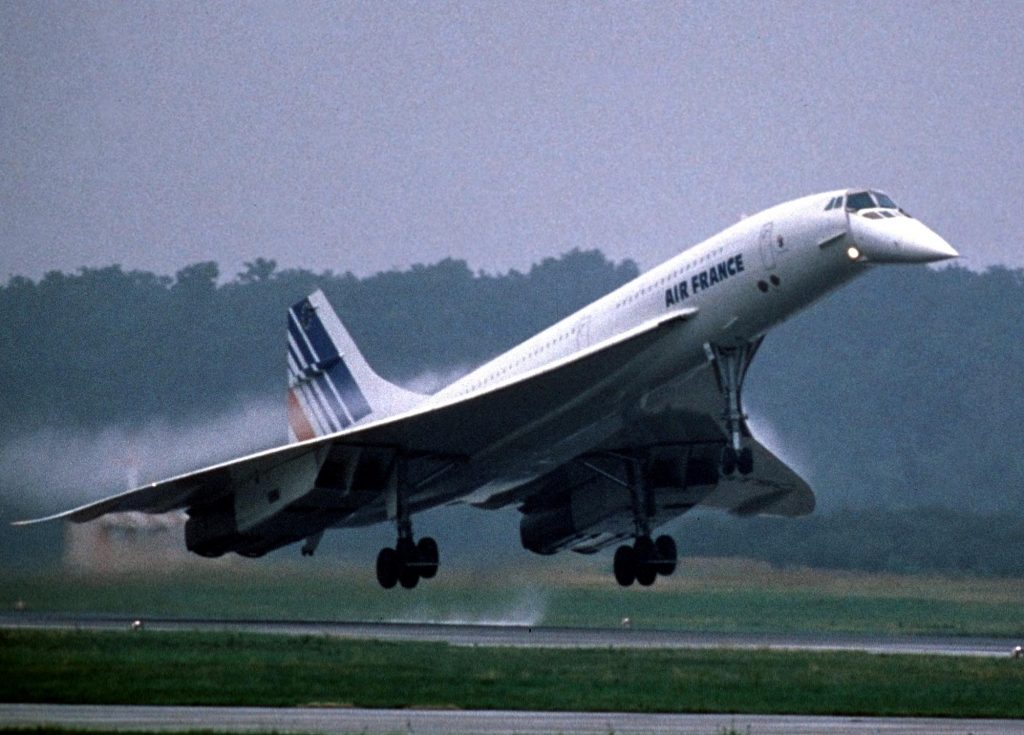 The beak-nosed, supersonic Concorde was once described by a British ambassador as the “flower of the aerospace industry.”

But while the sleek plane could cut travel times in half, it was ultimately doomed by a combination of high maintenance expenses, a slower market for air travel after the Sept. 11 attacks, and high ticket prices. A round-trip flight from London to New York could cost as much as $18,260 in today’s dollars.

Now, almost 14 years after the Concorde’s last flight, a handful of companies and entrepreneurs are betting that technological advances in materials and computing, as well as the boom in global business travel, could power a resurgence in economically viable supersonic passenger jets.

“We’re benefiting from 50 years of progress in fundamental aerospace technology,” said Blake Scholl, chief executive of Boom Technology Inc., a Centennial, Colo. startup that’s aiming to build a supersonic airliner called the Boom. “Since the Concorde was developed, the amount of international business and international travel has skyrocketed. You can find a huge market.”

New supersonic planes, if they get off the ground, will still be comparatively pricey. Analysts predict the technology would be best suited, at least initially, to business jets.

That’s the market companies like Aerion Corp. are aiming for. The Reno, Nev., firm, along with European aviation giant Airbus Group, has been developing the AS2, a supersonic business jet that could shoot through the air at a maximum speed of Mach 1.5, or one and a half times the speed of sound.

A flight from Los Angeles to Tokyo would take about five hours, compared with almost 12 hours today.

“I think its main customers would be very wealthy individuals who would look at it as the ultimate prestige aircraft,” said Ray Jaworowski, senior aerospace analyst at market research firm Forecast International, discussing supersonic jets in general. “It very much would have its own specific niche.”

But breaking into the business market would require clearing other hurdles. For one, business jet operators are less concerned with speed than they are with range, cabin size and operating costs, Jaworowski said.

The Boom is aiming at the larger airline market. Scholl says his company aims to build a 45-seat aircraft and says the cost to fly supersonic could eventually be the same as a business class seat on a conventional airliner.

The company, which has just more than 20 employees, has received help with manufacturing and flight testing from Virgin Galactic’s Spaceship Co.

Scholl has staked his claim on several advances, including a primary aircraft structure built with carbon fiber composites — like those in the Boeing 787 Dreamliner’s frame — which should be stronger and lighter than the aluminum exterior of the Concorde.

The engines for the supersonic planes, though, won’t be all that different from those of conventional airliners.

The Boom will have “medium-sized” turbo fan jet engines that have been adapted from a current commercial aircraft and will be modified by “major” engine companies that Scholl would not yet disclose. This decision, contrasting with the Concorde’s famous afterburners, will make the Boom quieter and more fuel efficient, he said.

“The reason why (Concorde) prices were so high is fuel economy was poor, and there was no economy of scale,” Scholl said. “We have the technology for that today.”

Scholl said he chose a modified commercial engine rather than a military-grade supersonic propulsion system because of the high emissions standards and efficiency offered by the conventional engines. And from a logistics standpoint, it would be more difficult for military-grade technology to clear export control, he said.

Advances in computing power and speed are also key to developing more efficient supersonic jets. Engineers can now test prototypes through computer models and make tweaks immediately based on those results. Previously, they had to build a plane, test it in a wind tunnel and then tweak the design.

“We’re now able to bottle physical features in a computer that a short decade ago were unheard of,” said Jim Ladesic, associate dean of industry relations and outreach at Embry-Riddle Aeronautical University’s college of engineering in Florida.