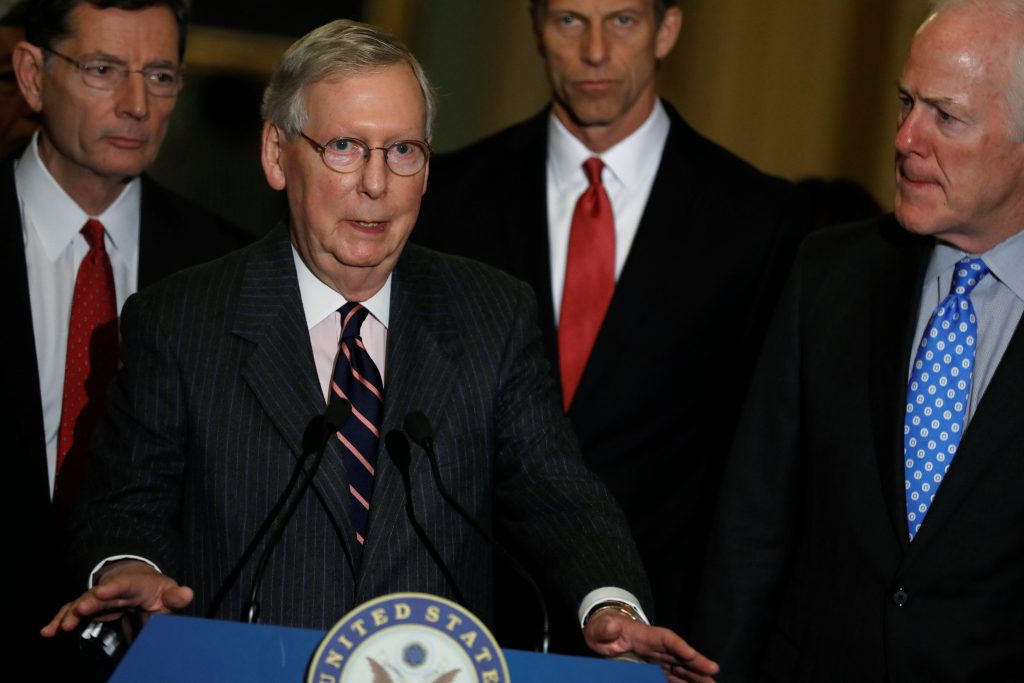 Sen. Warren was ordered to sit down Tuesday night, throwing the Senate into turmoil as it headed for Wednesday night’s vote on the Alabama senator. She was silenced for reading the letter that Coretta Scott King wrote three decades ago criticizing Sen. Sessions’ record on race.

Other Democratic senators read from the letter Tuesday night after she was told to sit down, and more did so Wednesday morning.

Sen. Warren, a Massachusetts Democrat whose name has been prominent in speculation about the 2020 presidential race, was given a rare Senate rebuke for impugning a fellow senator, and she was barred from saying anything more on the Senate floor about Sen. Sessions.

The late-night dust-up quickly spawned the hashtag #LetLizSpeak that was trending on Twitter early Wednesday.

The Senate has been working around the clock since Monday as Democrats challenge President Donald Trump’s nominees, although the party lacks the votes to derail the picks. Senators reading from the letter Wednesday included Tom Udall of New Mexico, Sherrod Brown of Ohio and Bernie Sanders of Vermont.

Sen. Sanders said Senate Majority Leader Mitch McConnell, who ordered Warren to sit and be silent, should apologize to her.

Without directly referencing the letter, Mr. McConnell said of Mr. Sessions: “It’s been tough to watch all this good man has been put through in recent weeks.”

On the other side, Senate Democratic leader Chuck Schumer of New York said Wednesday that Mr. McConnell’s action had been uncalled for, and he saw a possible link to President Donald Trump’s words and actions.

“I sincerely hope this anti-free speech attitude is not traveling down Pennsylvania Avenue to our great chamber,” he said.

In the 1986 letter , Martin Luther King Jr.’s widow said Mr. Sessions’ actions as a federal prosecutor were “reprehensible”, and he used his office “in a shabby attempt to intimidate and frighten elderly black voters.” At the time, Sen. Sessions was being considered for a federal judgeship.

Democrats are portraying him as a threat to civil rights, voting rights and immigration. Republicans have defended Pres.Trump’s choice to be the top law-enforcement officer as a man of integrity who will be an independent voice in the new administration.

The incident Tuesday night underscored that the partisan divide in the Senate has devolved into nearly unchecked rancor, with majority Republicans muscling through Cabinet nominees in committee by changing the rules to allow a vote with only Republicans present, after Democrats refused to sit in the committee for the vote. Democrats are under intense pressure from their liberal base to challenge the entire Trump agenda, especially his nominees.

Warren produced the three-decade-old letter in which Mrs. King wrote that Jeff Sessions, as an acting federal prosecutor in Alabama, used his power to “chill the free exercise of the vote by black citizens.”

“Mr. Sessions has used the awesome power of his office to chill the free exercise of the vote by black citizens in the district he now seeks to serve as a federal judge,” Mrs. King wrote.

Quoting Mrs. King technically put Sen. Warren in violation of a Senate rule for “impugning the motives” of a fellow senator, though senators have said far worse. The letter was written 10 years before Sen. Sessions was elected.

Mr. McConnell, R-Ky., invoked Senate Rule 19, which says “a senator in debate, who, in the opinion of the presiding officer, refers offensively to any state of the union, or who impugns the motives or integrity of any senator, or reflects on other senators, may be called to order under Rule XIX.”

The Senate voted 49-43 along party lines to sustain the decision to rebuke Sen. Warren.

Democrats seized on the flap to charge that Republicans were muzzling Sen. Warren, sparking liberals to take to Twitter to post the Coretta King letter in its entirety.

Sen. McConnell’s words to Sen.Warren turned into a rallying cry for the left.

“Senator Warren was giving a lengthy speech,” Sen. McConnell said. “She had appeared to violate the rule. She was warned. She was given an explanation. Nevertheless, she persisted.”

Sen. Warren had argued: “I’m reading a letter from Coretta Scott King to the Judiciary Committee from 1986 that was admitted into the record. I’m simply reading what she wrote about what the nomination of Jeff Sessions to be a federal court judge meant and what it would mean in history for her.”

Sen. Warren was originally warned after reading from a statement by the late Sen. Edward Kennedy, D-Mass., that labeled Sen. Sessions a disgrace.

Democrats pointed out that Sen. McConnell didn’t object when Sen. Ted Cruz, R-Texas, called him a liar in a 2015 dustup.