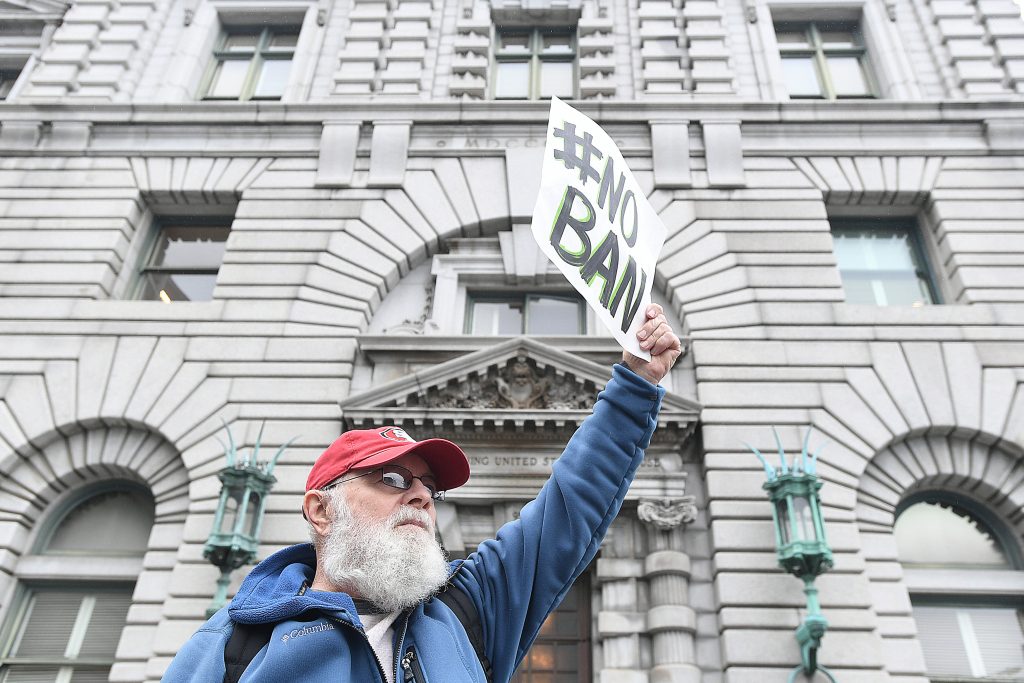 A federal appeals court is expected to rule on President Donald Trump’s entry ban on people from seven Muslim-majority countries as soon as Wednesday, one day after questioning whether the order unfairly targeted people over their religion.

The temporary ban faced tough scrutiny on Tuesday by a three-judge panel of the 9th U.S. Circuit Court of Appeals, which is weighing a challenge to the order.

During a more than one-hour oral argument, the panel pressed a government lawyer over whether the President Trump administration’s national security argument was backed by evidence that people from the seven countries posed a danger.

The 9th Circuit said at the end of Tuesday’s session that it would issue a ruling as soon as possible. The court earlier had said it would probably rule this week. Ultimately the matter is likely to go to the U.S. Supreme Court.

The appeals court is looking, however, at whether the Seattle court had the grounds to halt President Trump’s ban, while the case challenging the underlying order proceeds.

The order, the most divisive act of President Trump’s young presidency, sparked protests and chaos at U.S. and overseas airports. Opponents also assailed it as discriminatory against Muslims in violation of the U.S. Constitution and applicable laws.

A federal judge in Seattle suspended the order last Friday, and many travelers who had been waylaid by the ban quickly moved to travel to the United States while it was in limbo.

President Trump was criticized for later questioning the “so-called judge,” and on Wednesday tweeted: “If the U.S. does not win this case as it so obviously should, we can never have the security and safety to which we are entitled. Politics!”

The legal fight ultimately centers on how much power a president has to decide who cannot enter the United States and whether the order violates a provision of the U.S. Constitution that prohibits laws favoring one religion over another, along with relevant discrimination laws.