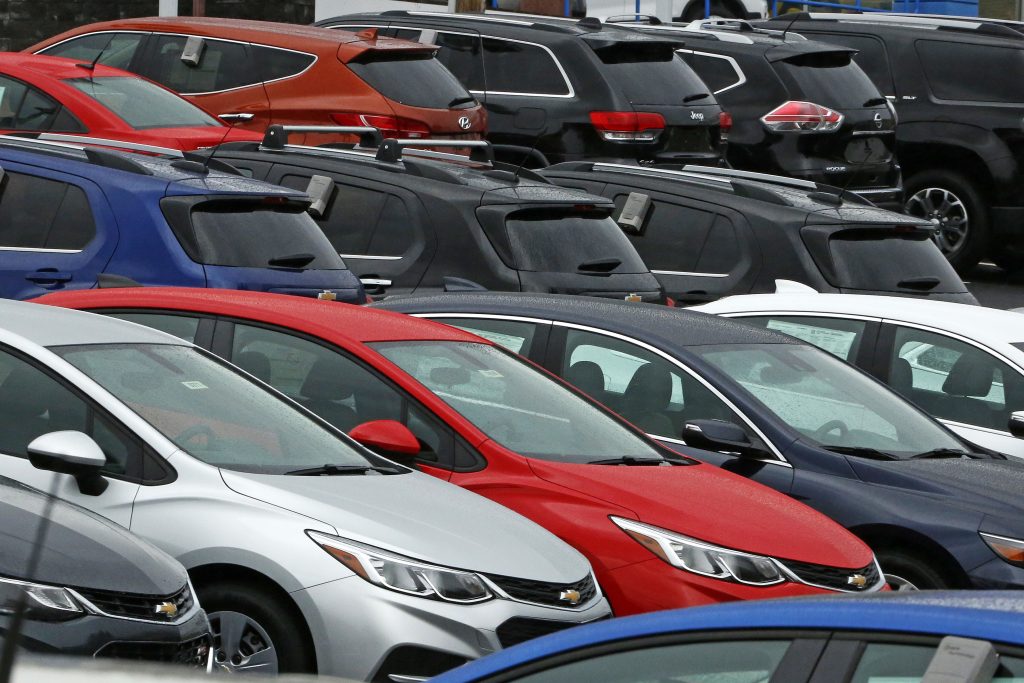 U.S. auto sales appear to have lagged in January, although the slowdown could be temporary.

January is typically the weakest month of the year for U.S. auto sales. But strong consumer confidence, low gas prices and good deals on new vehicles should help sales speed up once the weather warms and buyers get their tax refunds. While sales aren’t expected to top last year’s record of 17.55 million, they’re still expected to come in at historically high levels.

“If prices go up there has to be some sort of impact,” said Alec Gutierrez, an analyst with Kelley Blue Book. “This is a price-sensitive industry.”

Sales at General Motors, which sells the most vehicles in the U.S., fell 3.8 percent from last January, while Ford’s sales were down 1 percent. Toyota and Fiat Chrysler both saw 11-percent declines. Nissan’s sales rose 6 percent, thanks to strong truck and SUV sales, while Volkswagen’s sales jumped 17 percent as the sting from its diesel cheating scandal began to fade.

ALG, an automotive forecasting firm, predicts that overall sales will be down 1.5 percent from last January to 1.1 million.

Winter weather and holiday debts typically keep buyers away from car dealerships in January. This year, the hangover could be even more acute, since a strong December capped off a record year for the industry.

Those who went shopping last month could find some good deals. As auto sales slow after seven straight years of increases, automakers are increasingly desperate to make a deal. Incentive spending averaged an estimated $3,635 per vehicle in January, up 21.6 percent from a year ago, ALG said. Car shopping site Edmunds.com said that 10 percent of all new car loans in January had zero-percent financing.

— General Motors Co.’s sales fell 3.8 percent to 195,909. GMC brand sales were up slightly but Buick, Cadillac and Chevrolet all saw declines. GM sold 1,162 Chevrolet Bolts in January, one of the first months the new all-electric car was on sale. Sales of its best-seller, the Chevrolet Silverado pickup, dropped 6 percent.

— Fiat Chrysler’s sales fell 11 percent to 152,218. The company’s Jeep, Chrysler, Dodge and Fiat brands all saw declines. Alfa Romeo sales were up, thanks to the new Giulia sedan, while Ram sales rose 5 percent on demand for trucks and commercial vans. SUV sales were a continuing strength; sales of the Jeep Grand Cherokee SUV were up 24 percent for the month.

— Toyota Motor Corp.’s sales dropped 11 percent to 143,048. Sales of the Camry sedan, the company’s perennial best-seller, plummeted 24 percent after Toyota showed off a new version that will go on sale later this year. Sales of the hybrid Prius were down 16 percent, hurt by low gas prices.

— Nissan Motor Co.’s sales rose 6 percent to 112,319. Nissan brand sales were up 3 percent while luxury Infiniti sales jumped 36 percent thanks in part to the new Q60 coupe. The company said its car sales dropped 9 percent but its truck and SUV sales were up 24 percent, further evidence of consumers’ growing preference for bigger vehicles.

— Volkswagen brand sales rose 17 percent to 23,510. Volkswagen likely got a bump from diesel owners who sold their cars back to VW as part of a nationwide settlement. As of Jan. 14, VW had processed 96,000 buyback and lease termination offers. At least some of those buyers likely opted for a new, non-diesel Volkswagen, Gutierrez said.