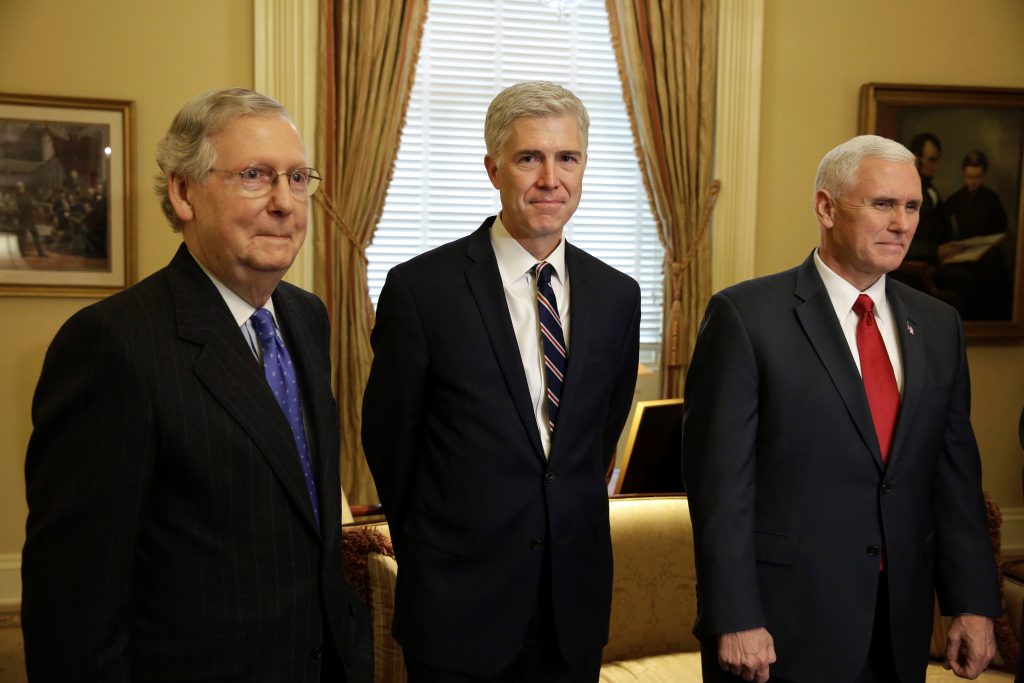 Advocates for religious liberty enthusiastically welcomed the nomination of Judge Neil Gorsuch to replace the late Justice Antonin Scalia on the Supreme Court, saying that his opinions and other writings give observers reason to believe that he will be a reliable defender of the rights of people of faith to live according to their beliefs, even in a society that challenges their tenets.

Rabbi Chaim Dovid Zwiebel, executive vice president of the Agudath Israel of America, was optimistic about Judge Gorsuch’s position on issues that affect the Orthodox community, but said there were areas that needed further review.

“From his judicial writings, it certainly seems that he understands that certain anti-discrimination laws can infringe on religious liberty, which is something that the Supreme Court is very likely to be an important bulwark in ensuring for our religious protections,” he said. “Another area of particular importance to us is how justices view how the separation of church and state affects government funding for sectarian institutions. I don’t think that we know too much about where he stands on that.”

Rabbi Zwiebel said that the Agudah plans to submit testimony for the Senate committee that will deal with Judge Gorsuch’s confirmation process, and is in the process of conducting a thorough investigation of his opinions and writings.

Nathan Diament, executive director for public policy for the Union of Orthodox Jewish Congregations of America (OU) called Judge Gorsuch a “champion of religious liberty,” which he said in an earlier statement was “the area of Constitutional law of paramount concern to the Orthodox Jewish community.”

Widely noted in Judge Gorsuch’s opinions has been his ruling in favor of religious objectors in the Hobby Lobby case, a position ultimately upheld by the Supreme Court. Mr. Diament said the concurring opinion that he authored conveys “an understanding of people who take religious beliefs seriously.”

He also noted Judge Gorsuch’s ruling in American Atheists v. Davenport, in which he dissented from the majority and said that the court had set too strict of a standard for what should be considered government endorsement of religion.

Judge Gorsuch’s most recent key ruling on religious exercise was his opinion in Little Sisters of the Poor v. Burwell, in which he supported the religious objections of a group of nuns in their quest to exempt themselves from complying with certain aspects of former President Obama’s HHS mandate.

Howard Slugh is a Washington-based attorney who authored a brief outlining the interest of the Orthodox community and other religious minorities in the case arguing that the rulings of lower courts posed a grave threat by presuming an understanding of the objector’s religious beliefs rather than taking them at face value. Mr. Slugh praised Judge Gorsuch’s approach to the matter.

“He understood that his role was that of a judge and not of a theologian,” he said. Mr. Slugh pointed to Judge Gorsuch’s words in his Hobby Lobby opinion which stated, “It is not, the place of courts of law to question the correctness or the consistency of tenets of religious faith, only to protect the exercise of faith.”

Mr. Slugh highlighted the fact that in a society increasingly dominated by secular values, Judge Gorsuch’s approach in Hobby Lobby and the Little Sisters case is of great importance.

Eric Rassbach, attorney for the Becket Fund for Religious Liberty, remarked that Judge Gorsuch’s opinions on faith issues was a “deep record” that goes far beyond his publicly noted decisions in Hobby Lobby and the Little Sisters. He pointed to Judge Gorsuch’s ruling in the case of Andrew Yellowbear, a prisoner serving a life sentence for the brutal murder of his daughter. In that case, the prison claimed it was too expensive and technically difficult to transport Yellowbear to the facility’s prayer room for American Indians, where he wished to worship.

“He [Judge Gorsuch] said it’s not enough for the government to make a blanket statement that it’s too hard for them to do; he said they have to show their work and prove it.”

Among Judge Gorsuch’s non-judicial writings is a book he penned on the topic of assisted suicide. While presenting an academic and broad review of views on the subject, he clearly articulates an argument for the need to “protect and preserve life for life’s own sake.” Mr. Rassbach said that as more states move to legalize euthanasia measures, the issue of whether doctors or institutions with conscientious objections could exempt themselves could quickly become a question for the courts.

“That which is permitted will eventually become required,” he said. “His book gives you every reason to think that he will favor protections for religious or any conscientious objectors.”