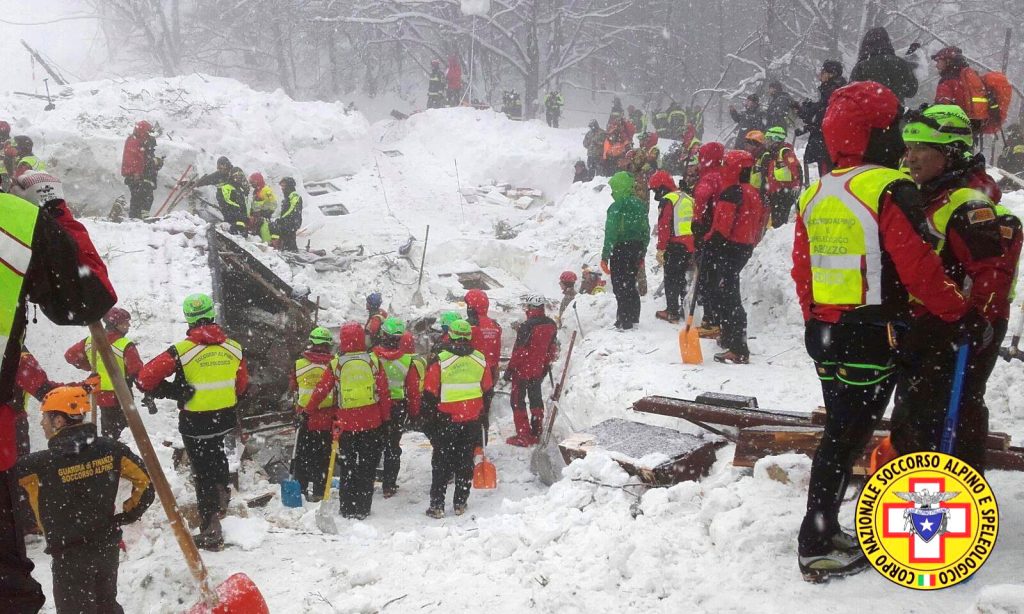 A survivor of an Italian avalanche that devastated a mountain hotel says she only learned she had been buried by tons of snow after she was rescued.

As she coped with hours of darkness and no word on a rescue, Giorgia Galassi says she thought she had been trapped by one of the many earthquakes that have rattled central Italy in recent months.

Speaking Wednesday to The Associated Press at her parents’ home, Galassi said she never imagined that an avalanche could have been responsible for the devastation around her in the Hotel Rigopiano.

“We didn’t know it until the firefighters told us,” she said. “We thought the whole time that it was a very strong earthquake.”

Galassi and Vincenzo Forti were two of the nine people pulled out alive after the Jan. 18 avalanche. At least 25 others died and four still remain missing in the snow and rubble in a mountain region northeast of Rome.

Galassi and Forti described their ordeal from her parents’ living room in Giulianova, a town on the Adriatic coast, saying they were scared but knew they would be OK because they had snow to fend off their thirst.

“We took it and we put it in our mouths. At times, there was even glass and mud (in it). But it was survival,” she said.

She said they believe they first heard rescuers at around 11 a.m. Friday – nearly two days after the avalanche – as they spoke to another one of the hotel guests who was buried along with her son nearby.

“And when I heard she was speaking with someone I yelled, ‘Who are you speaking to?’ She said, ‘I am speaking with Mauro, who is a rescuer. They came to save us.’ They said to stay calm, that they would pull us out.”

Galassi said that’s when “we started to yell and to knock to make ourselves heard. And after a while he came also to talk to us.”