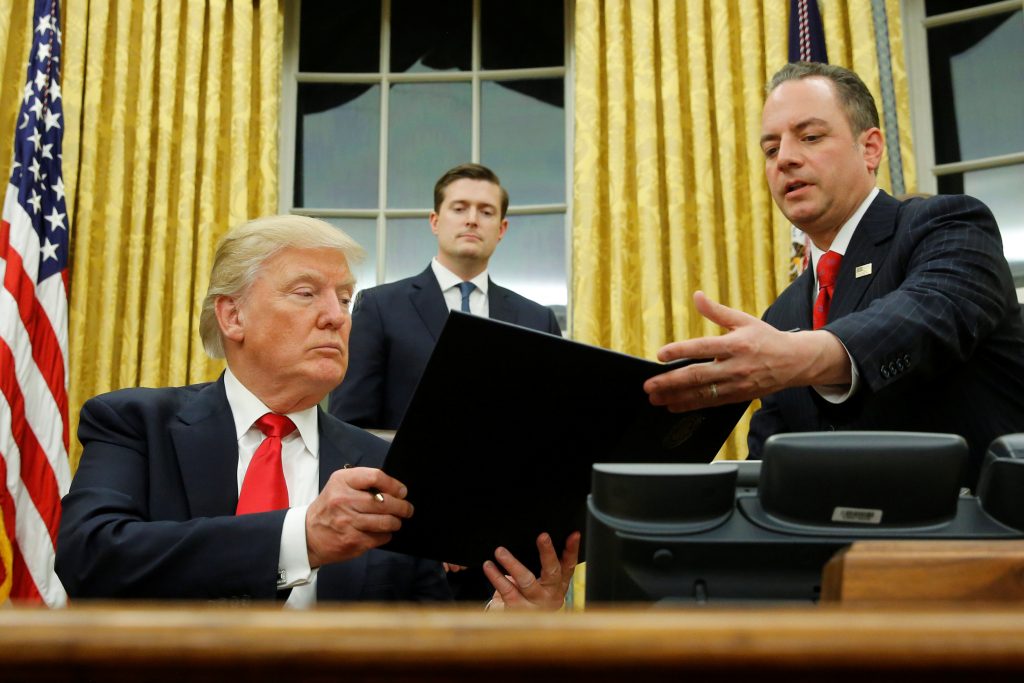 White House Chief of Staff Reince Priebus intensified President Trump administration’s criticism of the news media on Sunday, accusing it of trying to delegitimize Donald Trump’s presidency and vowing to fight such coverage “tooth and nail.”

“The media from day one has been talking about delegitimizing the election,” Priebus said in an interview with Fox on Sunday. He accused the media of attacks on the new president, saying “we’re not going to sit around and take it.”

Priebus spoke a day after the new Republican president used an appearance at the Central Intelligence Agency to attack the news media after reports on the crowd size at President Trump’s inauguration on Friday.