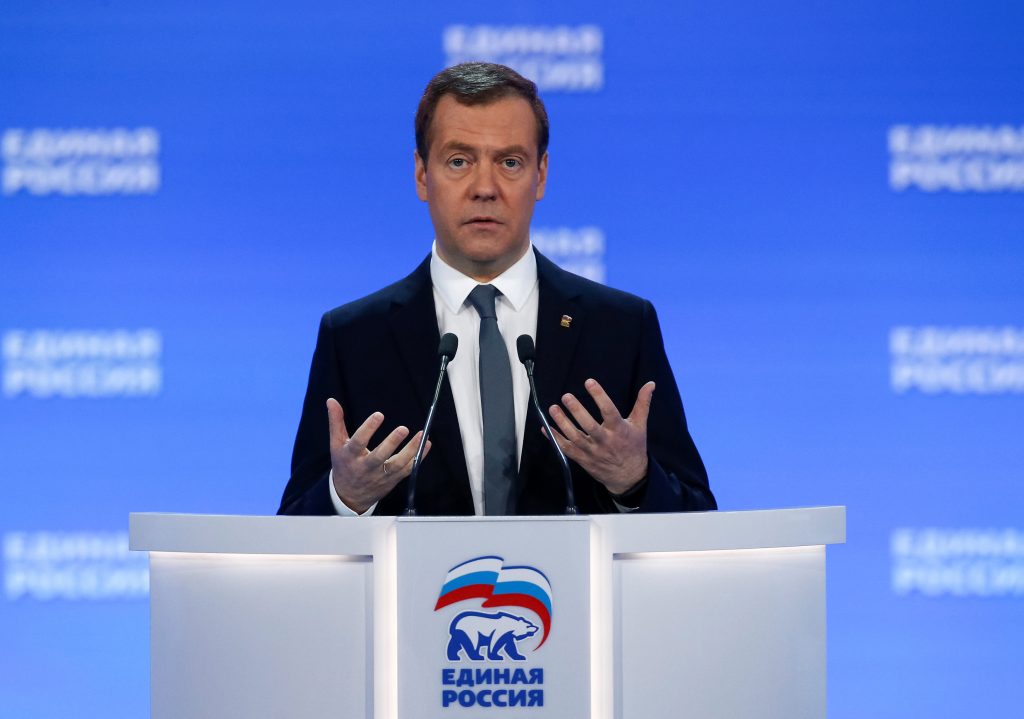 Russian Prime Minister Dmitry Medvedev says the west’s sanctions on Russia are likely to remain in place “for a long time” despite expectations Donald Trump’s inauguration as U.S. president will lead to warmer relations between Washington and Moscow.

Medvedev told members of the ruling United Russia party on Sunday that Russian leaders “can’t place our hope on foreign elections” and “It’s time to dispense with the illusion that sanctions against our country will be lifted.”

President Trump’s pledge to bring a fresh eye to Russia has produced some excitement in Russia. But senior Russian officials are warning that differences between Moscow and Washington will not disappear overnight.

The U.S. and European Union imposed sanctions on Russia in 2014 over Moscow’s annexation of Crimea and support for rebels in eastern Ukraine.