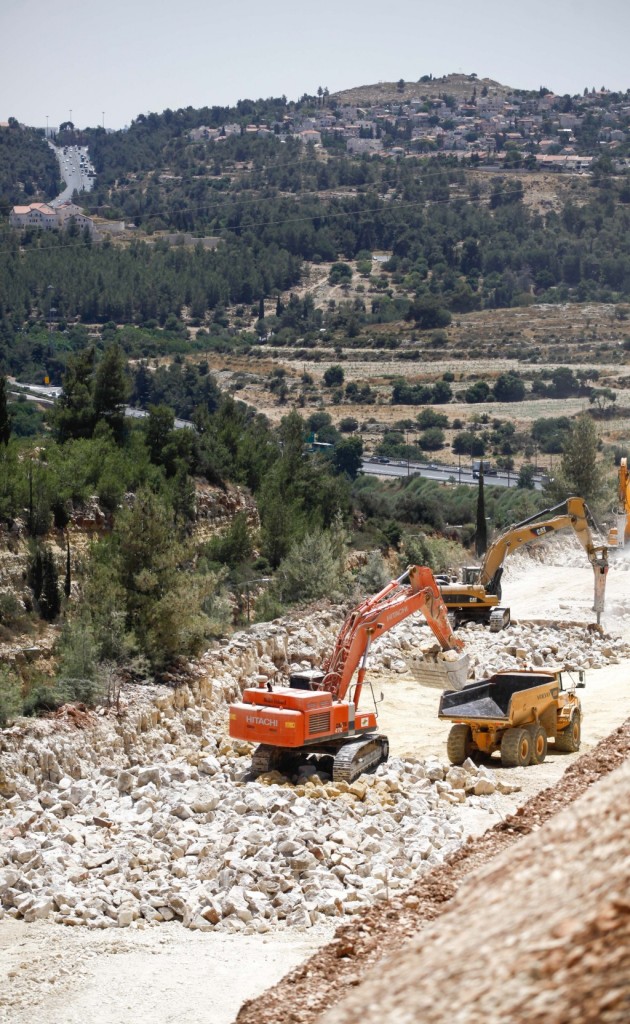 Drivers to and from Yerushalayim are practically guaranteed a horrible commute Thursday night – but by Friday morning the smoke should clear, and the trip to and from the center of the country will be shorter, safer and less curvy. On Thursday at 10 p.m., Road 1, the main road to and from Yerushalayim, will close down for twelve hours as the last touches are put on the Harel Tunnels, which will replace a major section of the highway in the area of Mevasseret Tzion.

The two half-mile tunnels with three lanes in each direction will replace the current interchange and much of the steep climb to the Castel hilltop, which for decades has been the signal that a driver is “going up” to Yerushalayim.

The tunnels are an important aspect of the new Road 1 project, a major upgrade of the road that is estimated to total about NIS 2.5 billion, including the construction of bridges, tunnels and interchanges over a 9-mile (16-kilometer) segment on the road to Yerushalayim. The highway is being repaved and straightened, with many curves eliminated. When completed at the end of the year, the highway will allow travelers to make the trip to and from Tel Aviv in as little as 35 minutes.

As workers finish up the tunnels overnight Thursday, all traffic to and from Yerushalayim will shunted onto the limited access roads. For drivers to and from Tel Aviv, that means using Road 443, which passes Modi’in and enters Yerushalayim from the north. For travelers from Beit Shemesh, the best route is likely to be Road 375, a twisty, single-lane road that passes through the forests near Beitar Illit. In either case, traffic is expected to be extremely heavy. Police are urging commuters to try and wrap up whatever business they have by 10 p.m. Thursday and stay off the roads, unless they are interested in sitting in a long traffic jam late Thursday night. By Friday 10 a.m., the tunnels will be opened in a gala ceremony, and commuters should experience a significant easing of their trip to and from Yerushalayim.