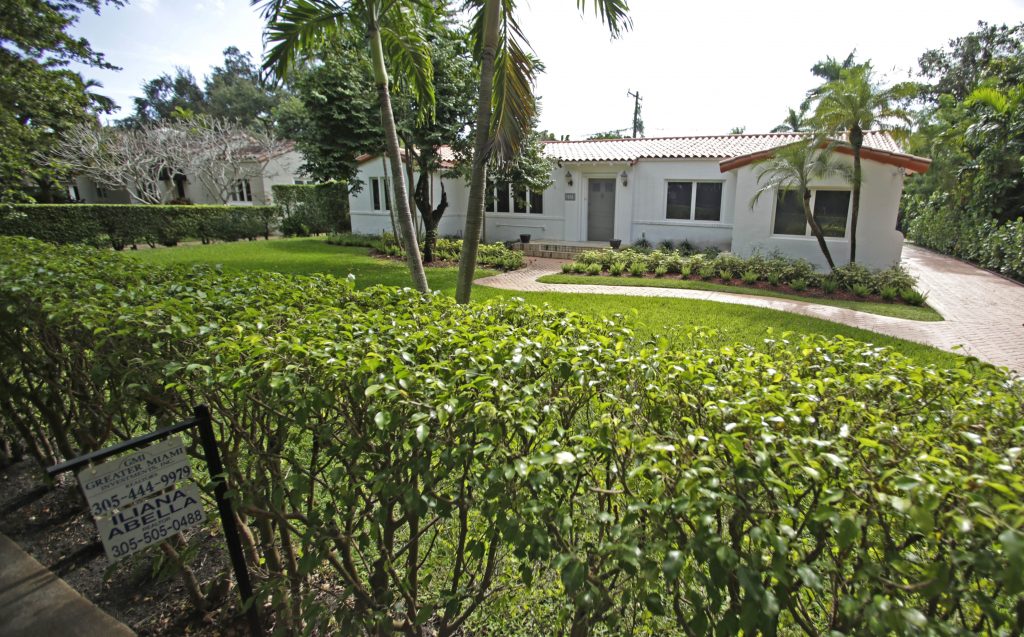 Long-term U.S. mortgage rates fell this week, the second week of declines after snapping a nine-week run of increases.

Mortgage buyer Freddie Mac said on Thursday that the rate on 30-year fixed-rate loans eased to an average 4.12 percent from 4.20 percent last week. That was still sharply higher than a 30-year rate that averaged 3.65 percent for all of 2016, the lowest level recorded from records going back to 1971. A year ago, the benchmark rate stood at 3.92 percent.

The average for a 15-year mortgage declined to 3.37 percent from 3.44 percent last week.

Mortgage rates surged in the weeks since the election of Donald Trump in early November. Investors in Treasury bonds bid yield rates higher because they believe the president-elect’s plans for tax cuts and higher spending on roads, bridges and airports will drive up economic growth and inflation.

That would depress prices of long-term Treasury bonds because inflation would erode their value over time, a prospect that caused investors to demand higher yields.

In the latest week, a report from the government on employment in December pushed the price of the 10-year Treasury bond higher, dampening its yield. The Labor Department report issued last Friday showed that U.S. employers added 156,000 jobs last month, capping a year of slower but solid hiring.

Though the unemployment rate rose to 4.7 percent from a nine-year low of 4.6 percent, it did so for an encouraging reason: More people began looking for work. Because not all of them found jobs immediately, more people were counted as unemployed in December.

Bond yields move opposite to prices and influence long-term mortgage rates. The yield on the 10-year Treasury bond fell to 2.37 percent Wednesday from 2.44 percent a week earlier. That compares with 1.87 percent on Election Day Nov. 8. The yield declined further to 2.33 percent on Thursday morning.

The average fee for a 30-year mortgage was unchanged this week at 0.5 point. The fee on 15-year loans also remained at 0.5 point.