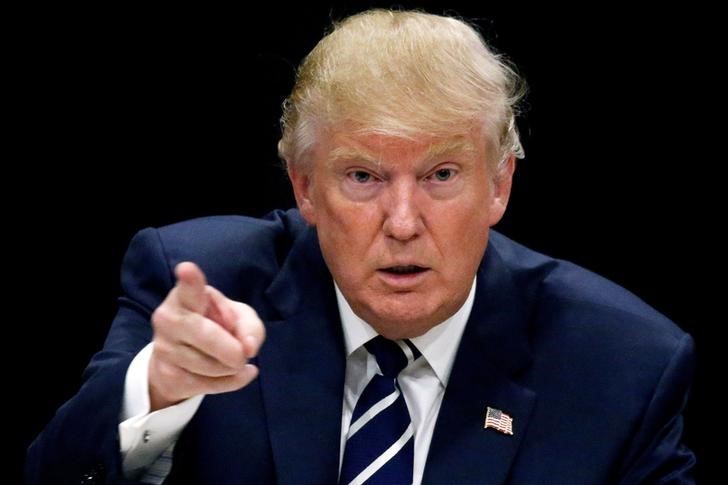 President-elect Donald Trump pushed Congress on Tuesday to act swiftly to repeal President Barack Obama’s health care law and follow up with a replacement. Speaker Paul Ryan, after talking with Trump, announced that the House would aim to take both steps “concurrently.”

The push for speed and coordination came as growing numbers of Republicans expressed concerns about GOP leadership’s plans to repeal the Affordable Care Act without a replacement in hand, potentially leaving the 20 million people who gained coverage under the law in limbo.

“We have to get to business. Obamacare has been a catastrophic event,” Trump said in an interview with The New York Times.

“Long to me would be weeks,” he added of the gap between repealing and replacing the law. “It won’t be repeal and then two years later go in with another plan.”

Yet that’s exactly the scenario that had been envisioned by GOP leaders who’ve described a transition period of months or years between repealing the enormously complex law and replacing it with something else.

Under the congressional timetable, procedural budget votes set for later this week in the House and Senate would put the repeal process in motion. But the vote on repealing “Obamacare” wasn’t expected until mid-February at earliest; a full replacement hadn’t been expected until months or even years later.

Trump seemed confused about that schedule, telling The Times that the repeal should be “probably sometime next week,” and “the replace will be very quickly or simultaneously, very shortly thereafter.”

Despite his imprecision, Trump was clear that he put an imperative on speed for both repealing and replacing the law, a message certain to be received loud and clear by congressional Republicans, some of whom had been urging the president-elect to make his views on the matter better known.

And even before Trump’s comments Tuesday, the notion of a lengthy transition period was running into problems on Capitol Hill from Republicans anxious about waiting too long between repealing the health law and replacing it. House Republicans in particular, who face voters every two years, are eager to dispense with the matter before the 2018 midterm elections.

“It is our goal to bring it all together concurrently,” Ryan said. “We’re going to use every tool at our disposal, through legislation, through regulation, to bring replace concurrent along with repeal, so that we can save people from this mess.”

That may be easier said than done. Under arcane budget rules in the Senate, Republicans will likely be able to use their slim majority to push through repeal legislation without Democratic votes. But they would need Democrats’ help to write a replacement bill. Ryan indicated Tuesday Republicans would try to get around that obstacle by passing some elements of the replacement bill using fast-track Senate rules, too.

Yet although they agree on certain approaches like expanding the use of health savings accounts, Republicans are far from agreeing on a unified GOP solution that could take the place of the far-reaching Affordable Care Act, frustrating some in the party.

“We’ve been at it now for six years and it’s time for us to produce a replacement plan and hopefully we’ll do that in the very near term,” said Sen. Bob Corker, R-Tenn., who’s among a group of Republicans pushing for a delay in the repeal bill to allow time to write a replacement.

Despite all the divisions, the comments Tuesday from Trump and Ryan were being interpreted by some Republicans as evidence of unity. Ryan told House Republicans he’d spoken Monday to Trump, and immediately after Trump made his comments to the Times, several Ryan aides took to Twitter to proclaim that the speaker and the president-elect were saying the same thing.

Amid the political maelstrom around the Affordable Care Act, millions of people are still signing up. The administration said Tuesday that 11.5 million enrolled nationwide through Dec. 24, ahead of the previous year’s pace.

Trump repeatedly said throughout his campaign that he would repeal and replace “Obamacare” on “Day One.”. Trump was meeting Tuesday with Georgia Rep. Tom Price, his pick to lead the Department of Health and Human Services, and Seema Verma, his choice to run the Centers for Medicare and Medicaid Services, to discuss the matter.