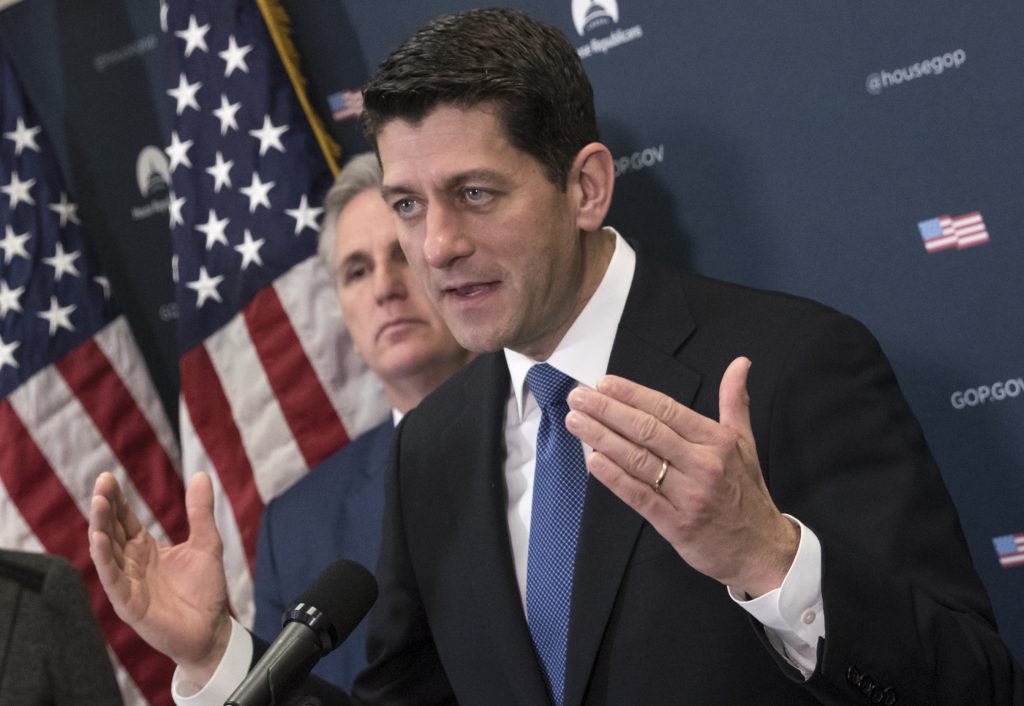 Speaker Paul D. Ryan said Tuesday that Republicans will offer a replacement plan for Obamacare at the same time they repeal the 2010 health care law.

“It is our goal to bring it all together concurrently,” the Wisconsin Republican said.

“We’re going to use every tool at our disposal — through legislation, through regulation — to bring ‘Replace’ concurrent along with ‘Repeal’ so we can save people from this mess,” he added.

Some pieces of the replacement plan could be included in the fiscal 2017 budget reconciliation measure that Republicans plan to use to expedite the process for repealing the law, Ryan said. Asked how much, he said, “That’s a question we don’t know the answer to.”

The Senate has more say over what you can and cannot put in a reconciliation measure, Ryan added.

“We will pass as much as we can through whatever vehicle we’ve got, and then we’ll pass all the other things through regular order outside of regulation that show you the full scope of what a real replacement effort looks like,” the speaker said.

Ryan’s team is whipping support for the fiscal 2017 budget resolution that includes reconciliation instructions in anticipation of a Friday vote. The four congressional committees with jurisdiction over health care would then draft the reconciliation legislation using a 2015 House Republican repeal bill as a model.

A Ryan spokeswoman said the committees will take as long as they need but the goal is to get the legislation finished as soon as possible.

Meanwhile, President-elect Donald Trump will meet later Tuesday with Rep. Tom Price, his nominee for Health and Human Services secretary, Seema Verma, his pick to head the Centers for Medicare and Medicaid Services, and Vice President-elect Mike Pence to discuss the push to repeal and replace the law. The group will discuss “how to do this,” which aide Sean Spicer said was also the topic of a Trump team meeting Monday night with Ryan.