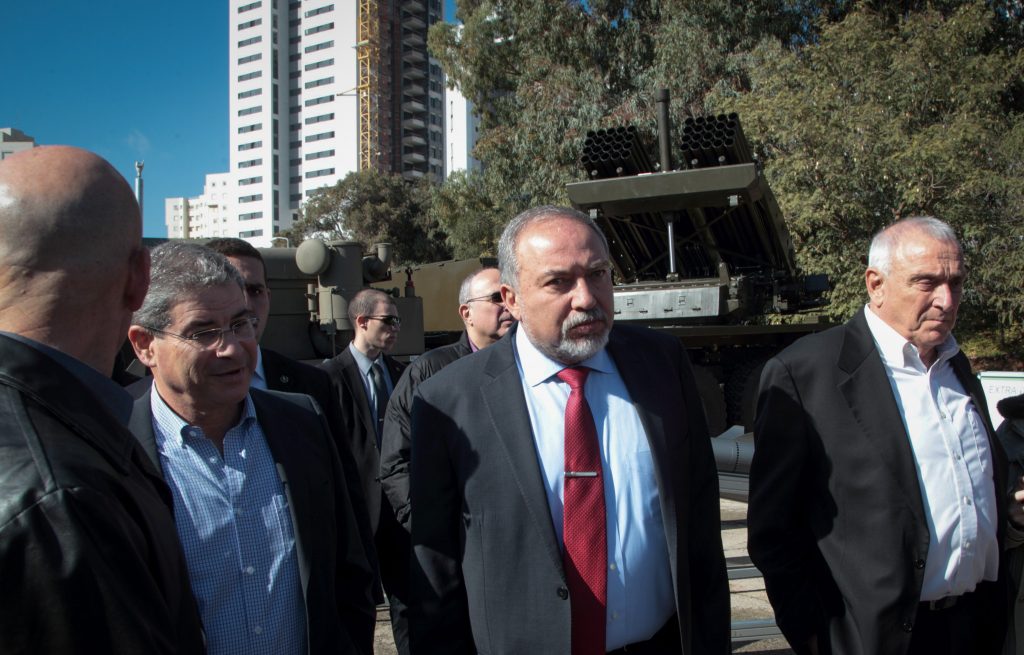 Several polls released overnight showed that the vast majority of Israelis were in favor of pardoning Azaria for opening fire on a neutralized terrorist in Chevron who stabbed IDF soldiers last Purim. A poll by Channel Two Wednesday night showed 67 percent of Israelis are in favor of granting Azaria an unconditional pardon, while a poll published by Yisrael Hayom Thursday had 70 percent in favor of a pardon. In both polls, only 19 percent of respondents said they were opposed to pardoning the soldier.

In interviews Wednesday night, many teenagers who are set to enter the IDF in the coming months expressed reservations about being drafted, saying that they feared they would be “thrown to the wolves” by IDF staff in the event that Palestinians complained about how they were treated, and that the army would not back them up.

Several pundits connected the polls with a statement by Prime Minister Binyamin Netanyahu that he, too, was in favor of pardoning Azaria. In a social media post Wednesday night, Netanyahu wrote that the trial is “a difficult time for all of us, especially for Elor and his family, the IDF and many civilians who are parents of soldiers, myself included.”

Media commentators on several outlets, including Israel Radio, said that “Netanyahu does what he does, playing to the crowd and pronouncing positions that he knows are popular with the crowd.”

Less attentive apparently to the polls was Defense Minister Avigdor Liberman, who dismissed the poll results as “sloganeering.” Speaking to Channel Two Thursday, Liberman called on the public to support the army and the defense establishment, and to avoid “inciting criticism” of the IDF, and especially of the army’s top command. When asked if he would pardon Azaria if the decision were his to make, Liberman refused to answer.

That scenario could develop in a matter of weeks. With the decision to convict handed down, attorneys for Azaria are seeking to move to the sentencing stage of proceedings within the next several days; until the soldier is sentenced, they cannot file appeals, and any decision to pardon is moot. Prosecutors said that they expected to hold hearings on sentencing as early as next week. Azaria could be sentenced to as long as 20 years in prison, and while legal experts interviewed in Israeli media said they did not expect the soldier to receive that harsh of a sentence, sources in the military prosecutor’s office said that they would seek an “extended” sentence in the case.

At that point, either Liberman or President Reuven Rivlin could pardon Azaria, but the experts said that it was unlikely that either, especially Rivlin, would do so, given his poor relationship with IDF Chief of Staff Gadi Eisenkott, who is assumed to be against a pardon, given remarks he has made on several occasions recently that effectively dismissed Azaria’s claim that he shot the terrorist because of fears that he would set off an explosive device while he was on the ground.

MKs and ministers on the right have called on Liberman to pardon Azaria immediately. Education Minister Naftali Bennett told Channel Two that he “expects the defense minister not to sit on the side, but to fulfill his obligations and immediately pick up the phone and pardon Elor.” It should be noted that before he was named defense minister, Liberman was a strong advocate of pardoning Azaria, denigrating the defense establishment, and especially former Defense Minister Moshe Yaalon, for even placing the soldier on trial.