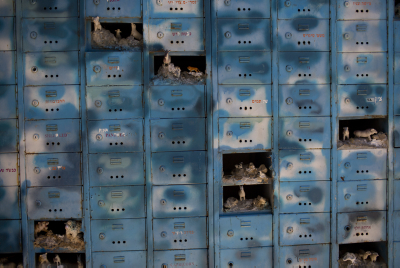 In an era when letters have fallen to the wayside and email servers have replaced postal carriers, the Israel Post has managed to survive, and even thrive — thanks to the large volume of shipped packages from all over the world, especially from China. Israelis received 52 million packages in 2016, for a total weight of 8,100 tons, the Post Office announced — a 30-percent increase over 2015, when 41 million packages arrived in the country.

The most popular sources of products were eBay and AliExpress, which specializes in low-cost direct imports from China. Nearly a third of all deliveries were made to Tel Aviv, which received 650,000 packages. The highest number of per capita deliveries for its population was in Rishon Lezion, where 390,000 packages were delivered.

In November, Israelis received 7 million packages, setting a single-month record. In December, the number was 6.2 million. In both months, the number of packages delivered were 30-percent higher than for the same months in the year previous.

Over the past decade, deliveries have risen 170 percent, officials said; in 2006, Israelis received 19 million packages from abroad. Danny Goldstein, CEO of the Israel Post, said that “the amount of orders for merchandise from abroad has grown exponentially in recent years. Israelis have come to understand that they can save large amounts of money via this method of ordering products.”