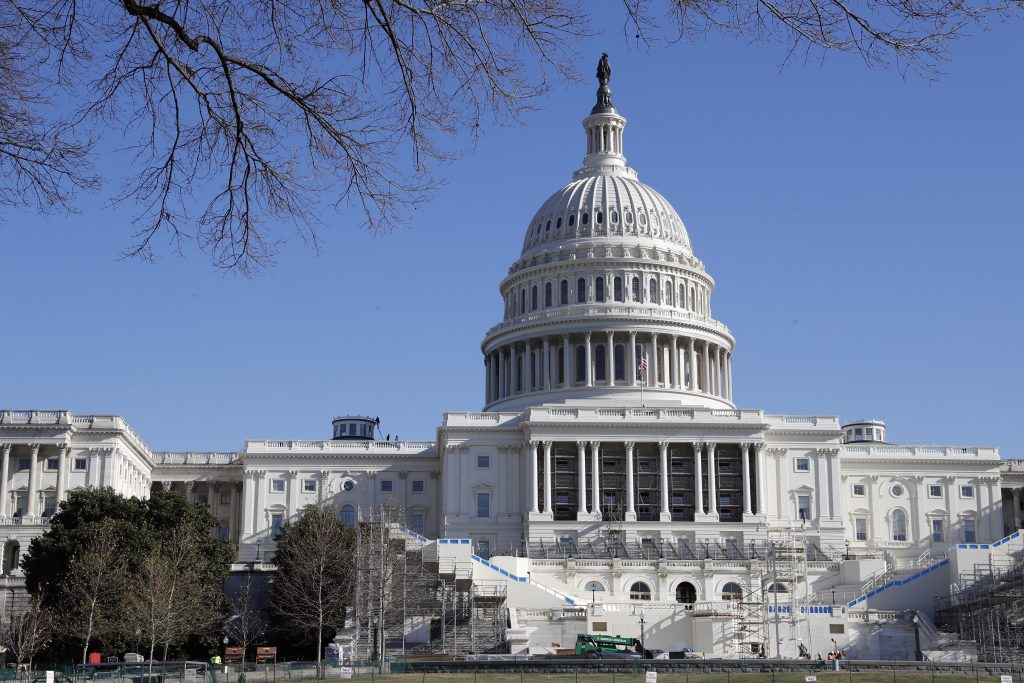 On Tuesday at noon, with plenty of pomp and pageantry, members of the 115th Congress will be sworn in, with an emboldened GOP intent on unraveling eight years of President Barack Obama’s Democratic agenda and targeting massive legacy programs from Franklin D. Roosevelt and Lyndon B. Johnson such as Social Security and Medicare.

In the election, Republicans kept their tight grip on the House and outmaneuvered the Democrats for a slim majority in the Senate. In less than three weeks, on the West Front of the Capitol, Chief Justice John Roberts will administer the presidential oath to Donald Trump, the GOP’s newfound ally.

First up for Republicans is repeal and delay of the health care law, expediting the process for scrapping Obama’s major overhaul but holding off on some changes for up to four years. The tax code is in the cross-hairs. Conservatives want to scuttle rules on the environment and undo financial regulations created in the aftermath of the 2008 economic meltdown, arguing they are too onerous for businesses to thrive.

The only obstacle to the far-reaching conservative agenda will be Senate Democrats who hold the power to filibuster legislation, but even that has its political limitations. Twenty-three Democrats are up for re-election in 2018, including 10 from states Trump won, and they could break ranks and side with the GOP.

Here are a few things to know about Congress:

Vice President Joe Biden, in one of his final official acts, will administer the oath to 27 returning senators and seven new ones. Republicans will have a 52-48 advantage in the Senate, which remains predominantly a bastion of white men.

Across the Capitol, the House is expected to re-elect Rep. Paul Ryan as Speaker, with all the campaign-season recriminations involving the Wisconsin Republican and Trump largely erased by GOP wins. Once sworn in, Ryan will then administer the oath to the House members.

The GOP will hold a hefty 241-194 majority in the House, including 52 freshmen — 27 Republicans, including Wyoming’s Liz Cheney, daughter of former Vice President Dick Cheney, and 25 Democrats.

The Senate will exercise its advice and consent role and consider nominations of 15 department secretaries and six people tapped by Trump to lead agencies or serve in roles with Cabinet-level status, such as the EPA and U.N. ambassador.

Several in the party have been highly critical of several of Trump’s choices, from Rick Perry, who forgot during the 2012 presidential campaign that the Energy Department was the one he wanted to eliminate, to Treasury pick Steve Mnuchin, the former Goldman Sachs executive whom Democrats have dubbed the “foreclosure king” for his stake in OneWest Bank that profited from the foreclosure crisis.

Others nominees, such as retired Marine Corps Gen. James Mattis for defense secretary, should easily win confirmation. First, though, Congress must pass a law allowing the former military man to serve in a civilian post.

There is a limit to what Democrats can do. Rules changes in 2013 allow some nominees, including Cabinet picks, to be confirmed with a simple majority, preventing Democrats from demanding 60 votes to move forward.

Adding to the drama of the new Congress will be high-profile confirmation hearings for Trump’s nominee for the Supreme Court.

Trump released a list of potential choices during the campaign that included Utah Sen. Mike Lee, who clerked for Justice Samuel Alito. Since the election, the president-elect also has met with Texas Sen. Ted Cruz, who clerked for former Chief Justice William Rehnquist, prompting talk about a possible nomination for the onetime presidential rival.

The point man for Senate Democrats is Brooklyn-born Chuck Schumer, who will be a chief antagonist to fellow New Yorker Trump.

The first public hearing on the intelligence community’s assessment that Russia interfered in the U.S. election is Thursday in the Senate Armed Services Committee, with James Clapper, the director of national intelligence, set to testify. Expect individual panels to investigate, but not a special, high-profile select committee. McConnell has rejected that bipartisan call.